Morocco World News
Home Economy Morocco launches the Fifth Round of Negotiations with the EU on a... 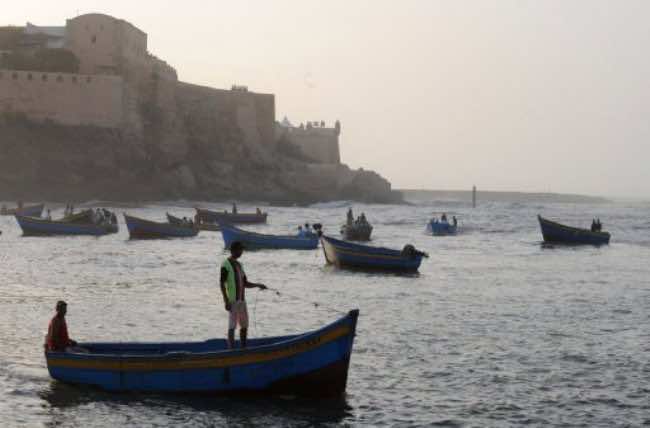 The negotiations between Morocco and the European Union will be resumed next week. The bilateral talks aim at reaching a new fishing agreement that respects the interest of both partners.

The fifth round of negotiations will take place on February 11 and 12th in Rabat as reported by the Moroccan daily Al Massae.

The Moroccan and European experts have already met on January 30th and February 1st in the European Commission headquarters in order to agree about a new formula of cooperation between Morocco and the European Union.

During these meetings, both partners discussed the fish species that will be included in the fishing agreement.

The Moroccan negotiators were rather emphatic on the need to reach a balanced and fair agreement in regard to the quantities of fish allowed by the agreement, as well as the profit margins. Morocco had been intransigent about the formula of the new cooperation protocol.

The Moroccan officials insisted on the necessity to preserve the Moroccan natural resources so as to guarantee a sustainable exploitation of fish in the country.

Both partners agreed to protect the Moroccan interests, as well as those of the fisheries professionals.  They have also agreed to share equally the quantities of fish that remain non-exploited by the agreement.

The Moroccan officials made it clear that the aim of the new cooperation agreement should contribute to the development of the Fisheries sector in Morocco.

The first round of negotiations was held last November 2012 in Rabat. After a series of meetings, both partners came to terms with their respective needs and expectations from the fishing agreement.

It is noteworthy that the European parliament had refused to approve on September 14th 2012 the fishing agreement that would give 119 licenses to the European shipping flotillas, mainly the Spanish ones.

The European lawmakers vetoed the conclusion of a new fishing agreement allowing European vessels to fish in Moroccan waters. The argument advanced by the EU parliament refereed to the Sahara as a disputed area.

Morocco contested the EU Parliament decision and reacted immediately by issuing a ban on European vessels that were asked to leave Moroccan territorial waters.