There have been many reforms in our educational system from 1956 up to now. The last set of reforms should normally have given fruitful results by the end of 2010. The last ten years has seen a “give away,” not to say a waste of huge amounts of money for what is called the “emergency plan.” It was supposed to reform our educational system within the 2000- 2010 period. However, with the exception of building new schools in some rural areas and recruiting more untrained graduates, there is no real reform as had been expected by the whole nation.

Any educational reform should appear in the achievement level of the learners, and since Moroccan teachers, on the whole, still complain about the deteriorating level of most learners, then we can simply say that the reform was diverted to another direction, not to where it should go normally. Add to this that the results of the learners in standardized national/regional tests show that our learners are far away from achieving the minimum level of the targeted competencies- if any competence is targeted!

To be fair, I am not blaming the learners as many other people would do. But, we have to look at the primary areas that should be targeted by any educational reform in this country if we really want to see improvement at the level of student attainment. I don’t underestimate the huge positive impact of building schools for Moroccans in rural underprivileged areas, though again those newly established schools need to be demolished, lest some of them fall over the heads of our kids…It is obvious that our ministry officials like to talk about numbers, about the quantity of things. I have never heard anyone of them talking about quality. Have you? I might be wrong. Review the ministerial reports, and tell me please if I am wrong. I suppose that the following axes have to get prominence, and their evaluation should be on the improvement of our learners’ achievement of certain pre-specified, achievable and clear-cut competencies that have to be clearly stated by the coming official documents.

1– Moroccan teachers should get efficient and effective training, which should be easily reflected in and evaluated by classroom practices. It’s funny to hear of training and to associate it with chickens! It’s also funny to hear people saying that they have to conduct a training session because they can’t spend a training budget on something else. This reminds me of a very rigid mechanical system in which if you divert or use something in another place or for another reason, the whole system stops! Training has to be purposeful. It has to target clear objectives that are achievable as well. How much training have you gone through under the old-fashioned term “pedagogie d’integration” or “evaluation” or “GENIE”? How much of that have you used in your classes? How much of it is felt by students? How much technology is now “Generalized” in our schools?

My view is that training has to start from basics. It’s so funny to train a teacher on how to use digital resources while he/she still lacks the essentials of teaching the basic skills. I am not against such training; yet, I think that our learners should know how to read, write and communicate first. I am not generalizing; but this variation in teacher competency has brought to my mind the idea of differentiating training. It’s ok if the ministry conducts trainings on how to use Web.2 tools for professional teachers WHO DON’T face difficulties in dealing with basic skills, not only in English but also in other areas! Do we have the internet in schools? How many multimedia classrooms do you have in your schools? How often can you access it if you have one? I think my point is clear!

2– The second area that should be targeted is the recruitment of new teachers; I mean trained teachers. I can’t imagine an educational system that is supposed to produce / educate (choose the term you agree with) the elite, maybe the leaders of the country, and at the same time it is used as an engine that absorbs unemployed people. Education is not an area that can accept fatal errors. The errors appear immediately in the same year they are made. If you recruit an unemployed graduate to teach physics be sure that he/she will not be teaching something else, at best the physics of the 70s! What would you expect the results of the learners to be by the end of the year. I am not against employing people. That’s one of their basic rights. Nevertheless, that shouldn’t be the purpose of granting teaching jobs in schools. Please think of somewhere else for them. A place where they need no training and where the effect of a lack of training would cost no more than tearing out a paper and rewriting it.

3– Part of the reform’s money should be directed at making school materials available for the learners. You know there is poverty! You know Moroccan parents, especially in rural areas, usually have more than two or three children in school. Think of how a father of three or four -I have seen cases of more- would afford to buy textbooks for their kids. I can’t imagine textbooks of 50 dhs (English textbooks), for math and other science subjects, the price is doubled. Forget about the quality of the textbook now; I am not speaking about that! I suppose that you all feel the plight of Moroccan families at the beginning of the school year. As a teacher, I have seen a textbook that is used for more than four or five years by different learners. Think of how it will look; forget about the exercises and the “tasks” inside!  Think about the effect of that on the learner’s achievement. They have bought large screen TVs, and maybe they will send electronic textbooks in the future.

4– The last area I am going to speak about is the training of inspectors. I am using this term, though I have a reservation about it, simply because there are some areas in the educational system which needs inspection, instead of educational supervision. There should be enough supervisors, not for “inspecting” teachers, but for helping them with their professional development. I have seen many training programs that were conducted by some people on topics they themselves have not understood, maybe they never heard about. It’s a waste of the learners’ time to bring teachers to a training that they cannot evaluate. Evaluation requires making change if what is evaluated proves to be a failure. To evaluate training, it must be conducted by people who can assume responsibility for its success or failure. That cannot be done by a teacher because simply that’s not his/her primary job.

These are crucial areas to target for immediate reform, and building more schools should happen, not at a later stage, but at the same time. After all, what’s the use of building a school if after five or six years the learner still can’t write or read his/her name? You all correct national/regional exams and you know how our learners answer. They are not to blame; you are not either. 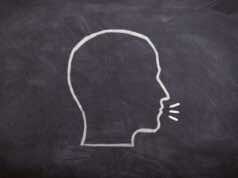