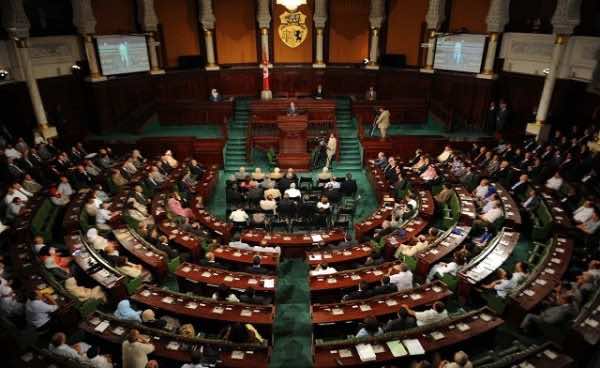 Four Tunisian opposition groups, including the Popular Front of slain opposition leader Chokri Belaid, announced on Wednesday they were pulling out of the national assembly and called for a general strike.

The decision was taken at a meeting after Belaid was gunned down as he was leaving his home earlier on Wednesday, in an act that his family and supporters have blamed on the ruling Islamist party Ennahda.

Nejib Chebbi, a leader of one of the groups, the Republican Party, said they were also demanding the immediate resignation of Interior Minister Ali Larayedh, who hails from Ennahda.

“We demand the departure of the interior minister and the dissolution of the League for the Protection of the Revolution as immediate first steps,” Chebbi told AFP.

“The interior minister holds personal responsibility for the assassination of Chokri Belaid, because he knew he was threatened and he did nothing.”

The League Chebbi referred to is a controversial group of pro-Ennahda militants that has been implicated in numerous attacks on secular opposition groups and trade unions since the revolution two years ago.

The other groups at Wednesday’s meeting were Call of Tunisia, Al Massar and the Popular Front, an alliance of leftist and pan-Arab parties Belaid helped to form last year and which presents itself as an alternative to the Islamist-led ruling coalition.

Together they hold around 40 of the 217 seats in the interim parliament.

The groups called the strike for the day of Belaid’s funeral, which is likely to be on Thursday, and opened the door to cooperation with other political parties.

Belaid “is the first victim on a list of political figures targeted by assassins. The authorities know this,” Chebbi said.

“As long as police are not in the service of all Tunisians, civil peace will remain under threat and the democratic transition will be compromised.”