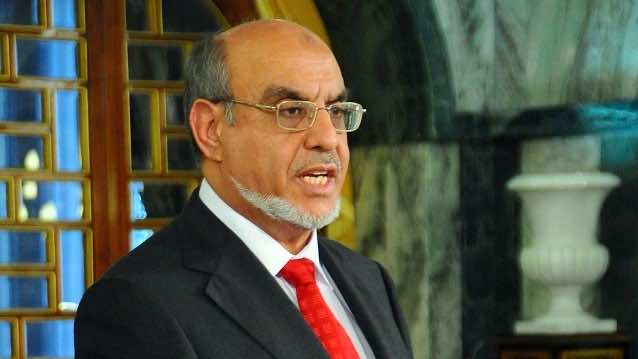 “I have decided to form a government of competent nationals without political affiliation, which will have a mandate limited to managing the affairs of the country until elections are held in the shortest possible time,” Jebali said in a televised address to the nation.

He did not explicitly say that he was dissolving the existing government, nor did he name future ministers or set a date for the cabinet reshuffle, which must be confirmed by the national assembly.

Jebali’s announcement comes after a months-long impasse between his Islamist party Ennahda and its secular coalition partners over the distribution of ministries.

Jebali said that plans to form a government of technocrats had stalled before the “odious (killing) that has shocked our people.”

“(Belaid’s) assassination has quickened my decision, for which I assume full responsibility before God and before our people,” he added.

The secular parties in government have been demanding that key ministries be assigned to independents, a move rejected by Ennahda hardliners, including party head Rached Ghannouchi.

Jebali is considered a moderate within his party and favourable to the justice and foreign affairs ministries being allocated to non-political figures.

Planned fresh polls are unable to take place before the adoption of a new constitution, whose drafting has also failed to make progress because of wrangling within the National Constituent Assembly elected in October 2011.