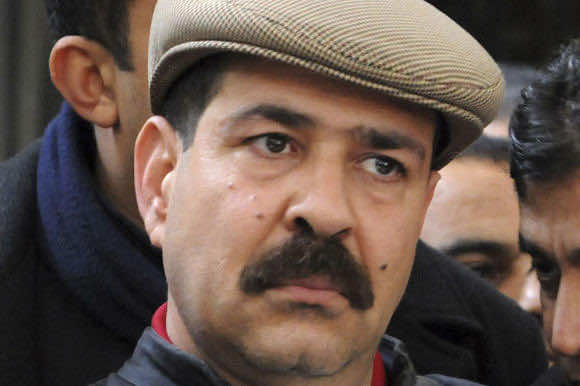 “This government wants to reduce us to silence, to terrorise us,” cried Moufida Abbassi, a journalist friend of slain Tunisian opposition leader Chokri Belaid, angrily blaming the ruling Islamist party for his death.

“It is terrible what’s happening in Tunisia, they are silencing people now by ending their lives!” she shouted, before crumpling on the floor of the clinic where Belaid’s body was taken after he was shot dead outside his home on Wednesday.

“Ennahda has killed my son, it has deprived me of his life.”

The accusation spread rapidly, although no one has provided evidence to support it. The crowd that gathered outside the clinic mocked the Islamist party and sang the national anthem.

“We can live with bread and water, but not with Ennahda,” “The people want a new revolution,” and “Ennahda is a torturer of the people,” were among the slogans chanted by the protesters.

Thousands of others rallied outside the interior ministry, and the phrase “Get out!” rang out along Habib Bourguiba Avenue, in scenes reminiscent of the uprising just over two years ago that ousted veteran strongman Zine El Abidine Ben Ali.

“Down with Rached Ghannouchi the criminal,” chanted the protesters, some of them wrapped in the red and white Tunisian flag, others waving pictures of Belaid.

“His death will not pass in silence; all the Tunisian people will avenge Chokri’s death,” shouted one.

“We were expecting everything except the assassination of political figures, in particular those who criticise the government. Chokri was a media symbol and he had to be silenced forever,” lamented Atidel Majebri, an academic.

Clashes broke out when protesters hurled bottles and rocks at the police, who fired tear gas in response. One policeman died from a chest injury he suffered during the violence.

An ambulance carrying Belaid’s body to the city centre was accompanied by crowds who pressed against the vehicle to protect it.

Demonstrations were held in other towns, notably Sidi Bouzid, birthplace of the revolution, while Ennahda party offices were attacked in nearby Mezzouna, in the central mining town of Gafsa and in the northeastern town of Kef.

Ennahda’s leader rejected the accusations levelled against the party, calling them “a settling of political scores,” and denounced an “odious” and “cowardly act,” designed to undermine “the revolution and the stability of Tunisia.”

“They want a bloodbath but they won’t succeed” in creating one, Ghannouchi told AFP.

Belaid’s murder, which had the hallmarks of a contract killing, was the first of its kind since the popular uprising that forced Ben Ali to flee.

The human rights lawyer was an outspoken critic of the ruling Islamists and a prominent figure in the leftist opposition alliance who was propelled to the front of the political scene after the revolution.

On the eve of his death, he denounced what he called “attempts to dismantle the state and the creation of militias to terrorise citizens and drag the country into a spiral of violence”.