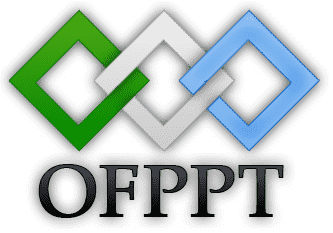 A new report from Morocco’s audit court criticized the kingdom’s job training programs for failing to find work for graduates.

Morocco’s Office for Vocational Training and Work Promotion (OFPPT) oversees such program, but now faces questions from the audit court for failing to keep track of how students are doing on the job market post-graduation. Data tracking was out of date, auditors reported on January 23rd.

This means that establishments continue to offer training that fails to understand job trends and labor market demands at the local level, resulting in recruitment rates lower than 30%, the report said.

OFPPT chief Larbi Bencheikh rejected the court’s accusations, saying that there was guaranteed follow-up for each cohort upon course completion.

In his view, the inadequacy of data on the informal employment sector means that recruitment rates from job surveys are under-represented.

He acknowledged that his office’s latest official numbers were last released for the 2008-09 academic year, but said that numbers for more recent years were being updated.

He also said that low recruitment rates alone should not result in the removal of courses, which, more importantly, were introduced in partnership with industry.

“It is recommended that a host company is found by the placement student in person; the aim is to encourage them to develop their ability to communicate and adapt, which will favor their recruitment into work,” he said.

However, sociologist Samira Kassimi said that the Office for Vocational Training and Work Promotion has a duty to forge solid partnerships with industry in order to remedy shortcomings found in their training programs.

“For example, in management courses it is essential that particular importance is given to foreign languages throughout the training. In addition, those completing courses need to be taught how to find work. Once they’ve obtained their diploma, many young people don’t know where to start. You need more than just technical knowledge to secure a job,” Kassimi told Magharebia.

One of the young Moroccans who could have benefited from language training is Jamila Touil, who spent a long time looking for work after graduation.

She now has a job, but this holder of a diploma in business management took more than three years to find work. In order to get it, she had to take a French course.