Smara, Morocco- Whenever I travel to the north of the kingdom, I always enjoy meeting my fellow citizens in buses, taxis, trains and even in planes. I like talking to them about whatever issue or topic. Those are golden opportunities to meet young people, old, employed, jobless, students and people from all walks of life and to listen to their opinions and points of view. 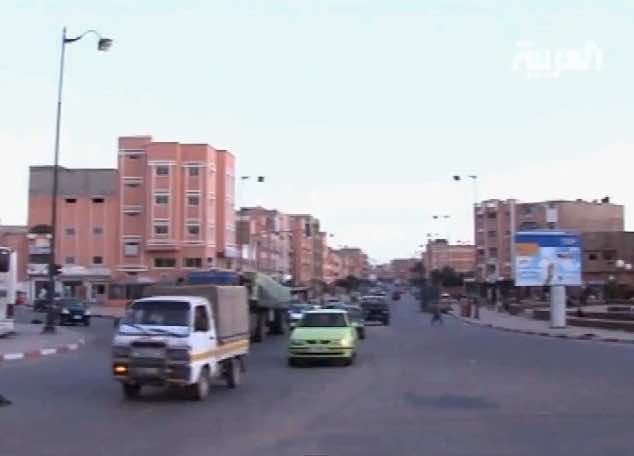 By
rachid khouya
-
Rachid Khouya is a teacher of English in Es Smara city, south of Morocco.
Feb 6, 2013
Spread the love

Smara, Morocco- Whenever I travel to the north of the kingdom, I always enjoy meeting my fellow citizens in buses, taxis, trains and even in planes. I like talking to them about whatever issue or topic. Those are golden opportunities to meet young people, old, employed, jobless, students and people from all walks of life and to listen to their opinions and points of view.

Being from the south of Morocco, I found out that the majority of them, unfortunately, ignore a lot of things about the situation in the south, its people, cities and culture. Some of them do not know where the city I come from is on the map. They all agree that the Sahara is Moroccan, but they do not know where some cities of the southern provinces are.

When it comes to the issue of the Sahara, which is our number one national issue, the bitter truth is that their heads are full of false judgments and false information that have no strong justifications based on the realities on the ground. While, they show their strong belief in the unity of the national map, they know nothing or little about what is done and being done in the Sahara by the government to solve this issue.

The first thing everybody talks about is the price of food and goods. They all talk about the price of floor, bread, oil, sugar, meat that they take for granted to be cheap in the Sahara. They add that the people of the north are the ones who pay for the cheap prices of goods in the Sahara. Moreover, others think that all the people of the Sahara enjoy wealth, prosperity and richness. For them, all the Sahrawi families live like the princes of the gulf countries. These ideas are of course biased and wrong.

Of course, I do forgive them because as the saying goes: those who see realities with their eyes are not like who use only their ears to hear about them. The truth is that the media, I mean our national media, does not invest in informing the citizens and telling them the truth as it is. We do not see the documentaries that touch the real problems of the people in the Sahara and the real issues that are related to the daily lives of the people. Even the creation of Laayoune’s regional T.V. station has contributed in misleading the audience and the viewers as they invite only the people they want and they talk only about the issues and the topics they like. But they rarely put their fingers upon the hot issues that should be discussed and tackled in public.

Locally, they are called ‘the rich of the war’. They do not want any solution to be found. Their wish and desire is that the situation should continue the way it is because they are eating from the problem and they are becoming richer and getting more wealth from the issue.

There are others who have been marginalized for decades, they have become mad with being marginalized and now they are fed up and they play the role of the separatists. They do not believe in the theory of separatism and its agenda. But being forgotten on the margins has pushed them to choose the other option so as to get attention and benefit too from the wealth of the nation. Most of this group are used by the separatists, in particular, the groups of divorced women, widows, jobless and poor families and their children.

As far as the prices of some goods are concerned, I would say that not all  people of the Sahara benefit from those special offers given for some families. There are some well known families that get these goods to then resell them either in the local market or they bring them back to the cities of the north where they are sold by smugglers. But in general, the prices in shops are the same as in other cities of the kingdom.

Well, this issue can not be tackled in an article or in a book. This is a history of a region and a history of a nation that needs to be written and shared with the citizens. Moroccans deserve to know the truth and to put an end to the exploitation of a minority for the rights of the majority. Concentrating only on the ‘sheikhs of the tribes” is no longer working in the age of a generation of students who studied at universities, earned their diplomas and who do no longer believe in the leadership of the old Sheikhs.

Thus, our tactics and strategies and priorities in the Sahara should be changed to fit the needs of the historical period we are living. Without forgetting to mention that the file of the Sahara has been put in dirty hands of corrupted people from the level of Rabat to the regional level in the Sahara. This a national question of being or not being.