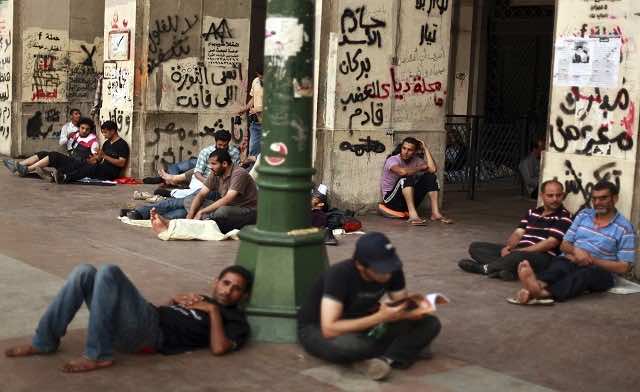 Youth unemployment in the Arab region is the highest in the world, according to a report by the U.N. International Labour Organization (ILO) released on Tuesday.

“As a region, youth unemployment is the highest globally at 23.2 percent, compared to a world average of 13.9 percent, and varies significantly within sub-regions,” said the report named “Rethinking Economic Growth: Towards Productive and Inclusive Arab Societies.”

The report does have some positive assessments of the situation in the Middle East. The Arab region has achieved near universal primary education enrolment since the 1970’s.

Furthermore the youth literacy rate is now 92 percent in North Africa and 99 per cent in the Middle East and the Gulf Cooperation Council, reported the Saudi Press Agency.

Countries in the region were able to tackle debt and inflation during the 1990’s and 2000’s, they also managed to spur economic growth and create jobs.

However, growth lagged behind global standards and the newly created jobs were focused in the arena of low productivity sectors. Governments paid scant attention to the social consequences of their economic policies.

Meanwhile, according to the report, the private sector has remained among the least competitive globally due to low rates of investment as well as a poor regulatory environment. There is also the noted issue of widespread nepotism and corruption.

Mohammad Pournik, Poverty Practice Leader at the United Nations Development Fund’s (UNDP) regional centre in Cairo, noted that one of the demands of Arab youth was attaining jobs without the need for intermediaries or “Wasta.”

“The real issue is the need for jobs with social dignity rather than jobs that come at the expense of dignity,” said Pournik.

According to the report, economic growth in the next decade is dependent on good governance – which must improve to attract higher rates of investment and enable structural and institutional reforms.

The ILO and UNDP plan to hold roundtable talks on the findings of the report, the first is slated to occur at the Carnegie Endowment for International Peace’s Middle East Centre in Beirut on February 8, 2013.