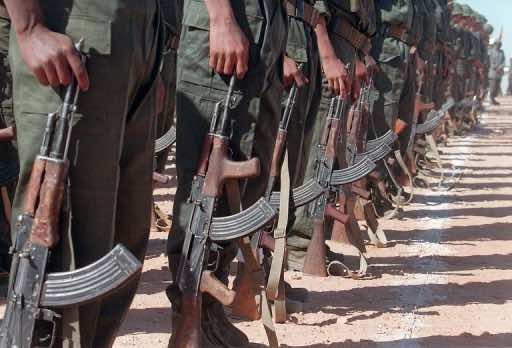 The daily El-Khabar, quoting a security source, said the air force was also used against the attackers who raided the barracks late on Wednesday in Khenchela, 540 kilometres (around 335 miles) southeast of Algiers.

One attacker was wounded in the fighting in which the assailants used RPGs originating in Libya, the report said, quoting the source who added that Tunisians and Libyans were among the assailants.

The attack began with the kidnapping of two civilians, including the driver of a truck delivering food to the barracks.

The truck was later loaded with heavy weapons by the attackers who used it to force their way into the barracks, as a second group traded fire with soldiers.

The report said the fighting lasted for three hours during which the army used warplanes, helicopters and artillery against the militants.

One attacker was reported captured.

The attack comes three weeks after Islamist militants attacked the In Amenas gas complex in the Algerian desert and took hundreds of foreigners and Algerians hostage.

Thirty-seven foreigners were killed in the hostage crisis which ended after three days when Algerian security forces raided the complex.