Morocco World News
Home Opinion US should look to Morocco for help with threats in Mali, Algeria,... 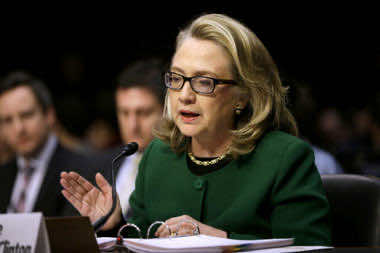 Testifying before Congress yesterday, Secretary of State Hillary Rodham Clinton said that last year’s attack on US government posts in Benghazi, Libya, “are part of a broader strategic challenge to the United States and our partners in North Africa” because of growing violent extremism there.

Whether in Libya, Mali, or Algeria, Islamist terrorist attacks show the US now in a defensive position, having to react to yet another significant threat to American interests instead of taking a proactive approach.

One look at a map of the region, however, points to an obvious partner and a durable option for meeting that threat. Morocco is progressive and stable, and has been the most consistent and oldest ally of the US in this vast swath.

In North Africa and the Sahel ? from Mauritania through Algeria, Tunisia, Libya, Egypt, and Central Africa ? Morocco stands out for its stability, hard-won security, and progressive political and economic reforms. When one looks across the region, a troubling “arc of instability” stretches from the Horn of Africa to Al Qaeda’s new base in northern Mali. But it stops dead at the Moroccan border. The Saharan region of Morocco is not only calm; it is moving forward on its economic, social, and cultural future. Importantly, Morocco is working aggressively to increase power-sharing within its borders.

This contrast was brought home to me by a new report from the Economic, Social, and Environmental Council of Morocco, which focuses on proactively defining Morocco’s plans to implement a new policy in its Saharan provinces. Every policymaker who deals with North Africa should read this report, as it candidly discusses the need to regionalize power, much like the US federal system, to better serve the needs of its citizenry.

ANOTHER VIEW: Morocco elections aren’t a model for the Arab Spring as West claims

That a constitutional monarchy like Morocco suggests such devolution of power is remarkable, but just as striking is the openness with which the commission admits the challenges to be overcome. Morocco has worked for years to create stability and economic and social progress for its Sahrawi population of the Sahara Desert and Sahel.

Now the Moroccan council is assessing what the country has done right and wrong with its economic, social, and cultural development in the Sahara region during the past several decades. It says it will conduct more than 50 meetings with all stakeholders in the Saharan provinces, including elected government officials, civil society, business, tribal sheiks, and other government and opinion leaders. No one will be barred from expressing their views, according to the council. This will form the basis of recommended measures for Morocco to enhance growth, participatory government, and cultural integration. America should support this internal initiative by Morocco and partner with it in the region.

North Africa has the lowest intra-regional trade in the world, which costs each country more than 2 percent GDP growth, according to the Peterson Institute for International Economics. This has enormous implications for populations that need jobs, growth, and access to global markets. Greater economic integration in the region could also contribute to more political interaction and security cooperation, including protecting territorial sovereignty and borders ? a huge problem in the Sahel and a contributor to terrorism and trafficking.

The contrast between what Morocco is doing in its Saharan provinces and the turmoil in the greater Sahara/Sahel region couldn’t be starker. Morocco has proven that its political and economic openness during the past three decades has brought stability across the country, and Morocco is not done. Its leadership insists there are no taboos as it candidly assesses the situation in the Saharan provinces with an eye to the future.

This kind of thinking is what America should support – in Morocco and the region. The US has a significant opportunity to partner with Morocco to address regional issues and build a model for development that can proactively get ahead of North Africa’s problems before they get worse.

Edward M. Gabriel is the former US ambassador to Morocco, 1997 to 2001, and advises the government of Morocco.