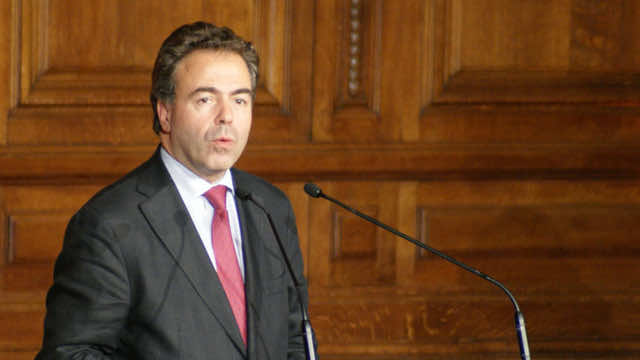 Chairman of the France-Morocco friendship group at the French national assembly, Luc Chatel, renewed on Thursday his country’s support to the Moroccan proposal to grant autonomy to the Sahara provinces, stressing that “there is no ambiguity”.

He argued, in this regard, that Morocco is considered as “a factor of stability” in the region, against a backdrop of an upsurge in the terrorist threat in the Sahel where France is waging a war against Al Qaeda in the Maghreb and its allies in Northern Mali.

” France has always upheld the same position”, which is supporting the Moroccan initiative”, he said at the end of a meeting with speaker of the Moroccan House of representatives, Karim Ghellab, on the sidelines of a meeting in Paris of the French-speaking assembly bureau.

Talks covered Moroccan-French relations and means to consolidate them through cooperation between the legislative branches of the two countries.

The Moroccan-French friendship group at the French national assembly counts several influential MPS from the socialist majority, their allies in the left and major opposition parties. Its vice-chairmanship is held by Elisabeth Guigou, a former justice minister, and president of the foreign affairs commission.