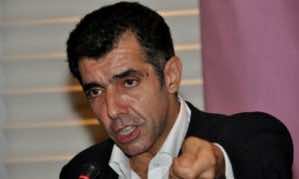 Adil Douiri, former minister of tourism and a member of the Independence Political Party, implied on Tuesday that the moderate Islamic parties’ electoral victory in the region was a conspiracy. He pointed out, in an intervention during the Paris Forum, which was held in Casablanca, that some American right-wing groups considered that the revolutions in the Arab countries would be beneficial to the security of Israel. He added that these American organizations issued booklets on peaceful revolutions, and trained some individuals to serve their purpose. According to Mr. Douiri, those groups continued working through the uprisings to carry moderate Islamic parties to power on the grounds that those parties represent the people of the region.

Mr. Douiri said he was optimistic about the ability of what he termed the collective wisdom of Moroccans to overcome the difficulties, pointing out that Morocco experienced ‘Arab Spring’ safely and gained a new advanced constitution.

It is worth noting that PJD, a moderate Islamic party, has been leading the government of Morocco since the last elections that marked the kingdom’s engagement in political reforms in the context of the Arab Spring, which swept the region two years ago.

The Independence party, to which the ex-minister belongs, is part of the governmental alliance, but has recently appeared very critical to the leading moderate Islamic party’s decisions.

The ex-minister accused the Justice and Development party, led by Abdelilah BenKirane, of trying to take advantage of the reform of the subsidy program for electoral purposes. In that regard, he claimed that the PJD is planning to adopt a program that aims at distributing direct and unconditional financial aid to two million poor people as the upcoming municipal elections are about to take place.