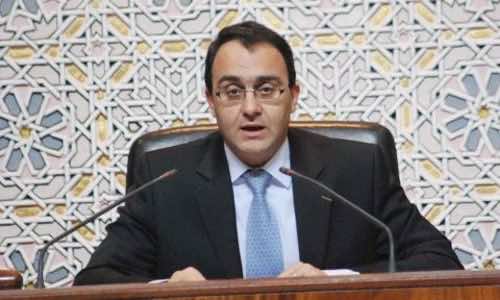 President of the French National Assembly, Claude Bartolone, and Speaker of the House of Representatives, Karim Ghellab, agreed, Thursday in Paris, to set up a French-Moroccan Parliamentary Forum to promote Parliamentary diplomacy between the two countries.

“We agreed to hold a French-Moroccan Forum which will be an opportunity to discuss and exchange” ideas on issues of common interest, to “reach out to the largest number of Moroccan and French MPs,” Mr. Ghellab said following a meeting with  Mr. Bartolone at the French National Assembly.

For his part, Mr. Bartolone welcomed the idea of this forum which will help “address a number of issues” and provide an opportunity for French MPs who have “a deep affection for Morocco,” and their Moroccan counterparts to “better know and understand the full picture, both French and Moroccan.”

The two officials discussed a number of current issues including the latest developments in Mali.

On this occasion, Mr. Bartolone thanked Morocco for its support in the French intervention in this African country, where the French army fights jihadi groups that threaten peace in the region.