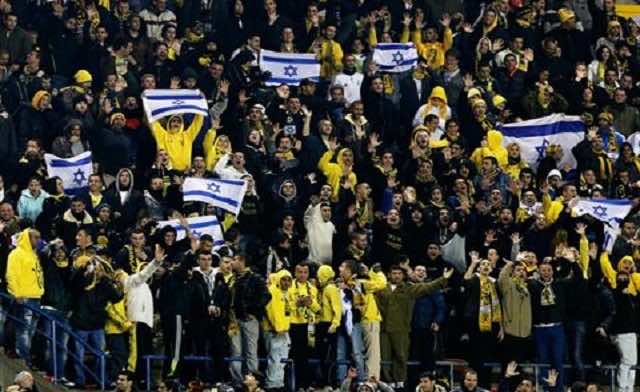 A suspected arson attack damaged the main club house of Israeli Premier League side Beitar Jerusalem on Friday, a day after four fans were charged in court in connection with racist incitement against the team’s recruitment of Muslim players, police said.

Police spokesman Micky Rosenfeld said the fire, which caused no injuries, caused “extensive damage” to the premises next to the team’s main training grounds. Reuters television footage showed trophies and other memorabilia were destroyed.

“Initial findings show the blaze was caused by a number of suspects” and police were investigating a possible link to protests over the team’s signing up of two Chechen Muslim players last month, Rosenfeld said.

Occupied Jerusalem’s Mayor Nir Barkat said police would take “a heavy hand to put an end to this issue,” and praised the club for what he saw as steps toward “fighting racism and violence.”

A Jerusalem court had indicted four fans on Thursday for involvement in that incitement, police said.

The club has also been disciplined for that incident and were ordered to close the Teddy Kollek Stadium’s 7,000-seat eastern grandstand, where hard core supporters sit, for five matches. They also received a 50,000 shekels ($13,500) fine.

Beitar are a bastion of Israel’s political right wing and the only leading team in the country never to have signed an Arab player because of fan pressure.
They have the worst disciplinary record in Israel’s Premier League. Since 2005, Beitar have faced more than 20 hearings and have received various punishments, including points deductions, fines and matches behind closed doors.

Arab citizens make up some 20 percent of Israel’s population of almost eight million. Arab players feature prominently at all other clubs and have long been included in Israel’s national team.