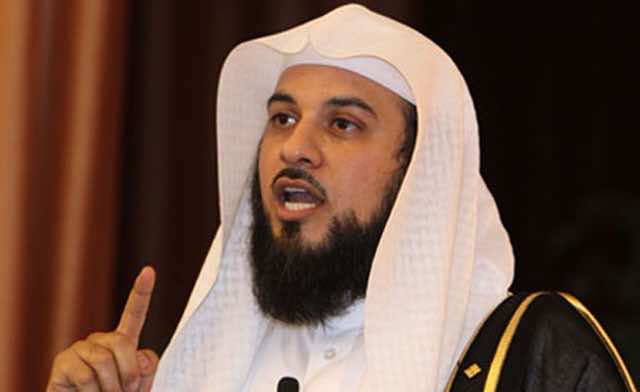 Mohamemd al-Arifi, an influential Saudi religious scholar and professor at King Saud University, has thrown a bombshell by claiming that al-Qaeda “does not tolerate bloodshed” and that it was victimized by attributing to it a bad ideology.

During a recent television interview, he went as far as claiming that the late Oussama Bin Laden (who he referred to as “Sheikh Oussama” and prayed for his soul to be blessed) was a victim of wide-level character assassination.

Arifi, known for his often controversial statements and fatwas such as the one calling for daughters not to wear revealing clothes in the presence of their fathers, was answering questions on the Qatari state-owned Al Jazeera television this week about the French intervention in Mali.

While pointing out that “the issue in Mali” was blown out of proportion, Arifi said some people attribute to al-Qaeda many opinions and thoughts which the group does not hold.

“These beliefs in fact are not correct. Al-Qaeda members do not tolerate accusing other Muslims of apostasy and they do not tolerate bloodshed. I am not part of al-Qaeda and I do not adopt their thinking, but Allah says: ‘And when you testify, be just,’” Arifi said.

He said that from his meeting with al-Qaeda members who went through the kingdom’s terrorist rehabilitation program, he discovered that they did not hold opinions and thoughts often attributed to al-Qaeda.
“Even al-Qaeda leader Sheikh Oussama Bin Laden, may his soul rest in peace, did not adopt many of the thoughts that are attributed to him today,” Arfif explained.

Apparently realizing the seriousness of what he said, Arifi tried to cover himself by saying: “I am not in a position to defend them; I am not one of them, but again ‘when you testify, be just” .

Among his many controversial radical statements, Arifi issued a statement on Twitter calling for parents to stop their kids watching cartoons and content on MBC3, a childern channel which is owned by the same television group which owns Al Arabiya.

“It is prohibited to enable your child to watch MBC3 children; its scenes are full of ideas of atheism and corruption; remove it now; your child is in your care.”

The MBC3 statement pointed to a previous seen as preposterous religious edict by Arifi in which he said a daughter should not sit alone with her father for fear that she might tempt him into lusting after her.

In October 2012, he posted a statement on Twitter describing the Emir of Kuwait as unfit to rule and urged demonstrations against him. In his opinion, Emir Sheikh Sabah does not satisfy the religious conditions of an Islamic ruler.

He later backtracked on his statement following mounting anger against him in Kuwait. In a Twitter post he urged Kuwaitis to “let bygones be bygones.”

Religious figures in the Middle East and in particularly in Saudi Arabia use use social media forums to propagate their religious doctrines and ideas.

Al-Qaeda has claimed responsiblity for a wide-range of global terrorism activities, including horrific attacks which took thousands of innocent lives such as in 9-11 and a number of attacks in Saudi Arabia, Arifi’s homeland.