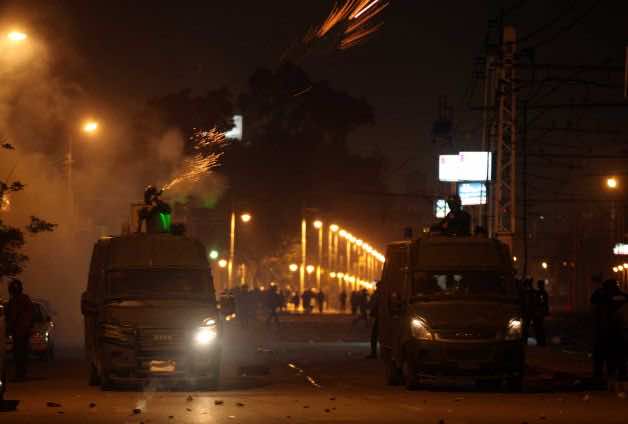 Egyptian police on Friday fired tear gas at protesters who lobbed petrol bombs and set off fireworks outside the presidential palace, amid nationwide rallies against President Mohamed Morsi.

Security vans charged towards the protesters who fled down the large avenue flanking the palace in the upmarket neighbourhood of Heliopolis, where ambulances were on standby.

Clashes also erupted in several cities and towns in the Nile Delta province of Gharbiya, where the health ministry said 28 people had been injured, suffering mainly from tear gas inhalation.

Five people were also hurt in the Mediterranean city of Alexandria, the scene of brief clashes between police and protesters.