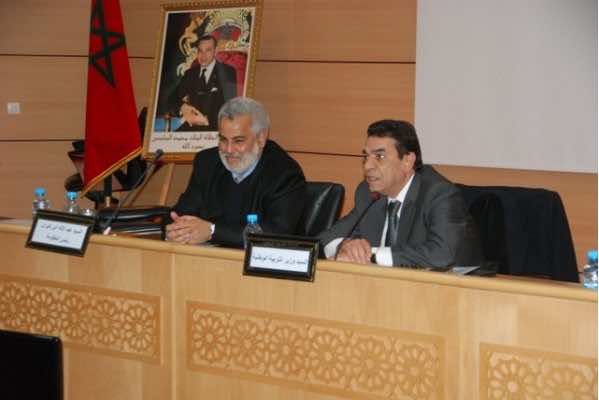 No one would say yes to getting paid without working or to being absent from work and getting paid, particularly in a developing country like Morocco. Here, this is something we able Moroccan citizens must all take for granted. Yet, when teachers, for instance, go on strike for a certain reason, we must agree that it is their right as long as there is a reason. Absenteeism is different from going on strike, and shirking work is different from threatening to go on strike to realize certain demands.

Being at the helm now, the Islamist-led government has lately taken a bold step by cutting from the salaries of teachers who have recently gone on strike. For Abdelilah Benkirane, Morocco’s head of government, the decision is wise given that no work means no pay, be it because of a strike or an absence. According to Lkhalfi, Minister of Communication, the step is a sign of respecting the new constitution to the letter. Continuity of work, several PJD members stress, is a priority in Morocco. Finally, Mohamed El Ouafa, education minister, has had the final say to put into practice the new ‘golden’ rule to cut strikers’ salaries.

First of all let’s be clear: there is no legal basis that supports the decision made by the government, for there is no law in the country’s constitution that provides for cutting an employee’s salary if he goes on strike. The relevant royal decree in accordance with which an employee is subjected to a cut from his salary refers to illegal or unjustified absenteeism. Yet, going on strike is not tantamount to absenteeism, for it is a right enshrined in the Moroccan constitution.

In the presence of the most deplorable education system worldwide, it is a grave mistake to think that by penalizing striking teachers with pay cuts, the Ministry of Education can exhort teachers to work more diligently and to guarantee the continuity of work at school. As we know, teachers have tricky ways of striking, but their common sense does not allow them to resort to them. One of the ways is to come to class, sit at the desk and do nothing. Still, their presence is considered as work by the Ministry. Penalizing and threatening have never been the solution in the education field, whereas communication between the Ministry and unions or teachers is.

Before venturing to cut the striking days, the government must stop to think about why teachers have gone on strike. Nearly all the reasons behind the strikes teachers have gone on are convincing. It is true that sometimes teachers exaggerate by going on more and more strikes. But, striking is the only weapon teachers have in order to claim their rights. If they are denied this right, how are they going to draw their Ministry’s attention to the confiscated rights, to the calamitous working conditions and to the injustices done? One of the main reasons behind some teachers having gone on strike is to claim the upgrade they well deserve with their B.A. and M.A. How come all graduate intakes have benefited from this right except those belonging to 2012. No excuse, including the current economic crisis, can justif this inequality among graduates.

Is it not folly to compare Morocco with France or Sweden only in terms of pay deductions and penalties for going on strike? Why doesn’t Benkirane strike a balance between penalties and facilities while comparing Morocco with France, for instance? According to Benkirane, if a teacher or any other employee of the government in France goes on strike and gets a pay deduction at the end of the month, the same must apply to Moroccan teachers. At this point, we must draw Benkirane’s attention to the fact that in Europe, employees enjoy most of their basic rights, whereas in Morocco, the Ministries still owe their employees much worth and value. How do we expect teachers who see their rights being confiscated to withdraw and work comfortably?

If Morocco were a real democracy where all the rights of state employees are granted, then we would all agree with Benkirane in his bold decisions. If Abdelilah Benkirane were serious about seeing employees working and benefiting the country, he would pry into the alleged ghost employees at several Ministries. If our head of government were serious about his decisions, he would bring to justice the corrupt officials who have devastated the country’s economy and impoverished the Moroccan land from north to south. If he were serious, he would respond to the demands of the strikers, and then pass a law that would cut strikers’ salaries. No rights granted in the presence of pay cuts goes against common sense, Benkirane must remind himself.

Lastly, let us remind Abdelilah Benkirane of Japanese and Finnish education ministers’ responses to the secrets of a successful education system. Whenever they are interviewed, the education ministers insist that teachers must be well paid, well treated and respectfully recognized in their home countries. In Japan, Finland and France, teachers are motivated, and when they are motivated, they feel no impulse to go on strike.

Notwithstanding, in Morocco, with the recent cuts in so many teachers’ salaries, we must admit that this is another blow to the education system. Recent salary deductions will get Morocco’s education system nowhere. Still worse is the fact that they will send teachers to class, helplessly demotivated, apathetic and angry. Dignity must precede conscience. It is a pity that so many teachers who are conscientious in their noble job have felt their dignity withering away. Let us first discuss teachers’ confiscated dignity, then move on to their conscience.