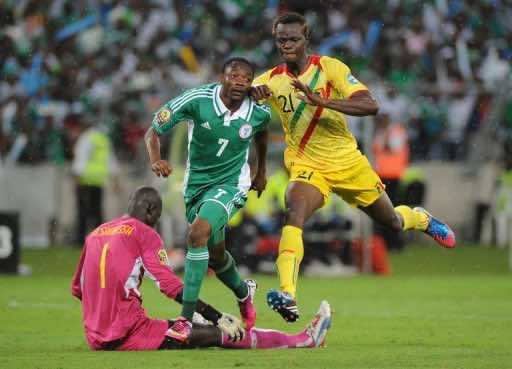 Mali hope history is repeated when they face Ghana on Saturday for the bronze medal at the 2013 Africa Cup of Nations.

Ghana defeated Mali 2-0 in the first round of the 2012 championship only for the losers to bounce back and win the third-place play-off by the identical score thanks to a Cheick Tidiane Diabate brace.

A Mubarak Wakaso penalty earned Ghana a 1-0 win over Mali in the first round of this year’s edition at Nelson Mandela Bay Stadium in Port Elizabeth and that is where the teams play again this weekend with the Eagles seeking revenge.

These play-offs are usually decided in favour of the team that carries less psychological baggage into the game, and Mali were clearly more up for the battle in Equatorial Guinea a year ago.

This time, though, both teams are hurting after Mali were thrashed 4-1 by rampant Nigeria in Durban and Ghana lost on penalties to surprise package Burkina Faso in Nelspruit after a controversial 1-1 draw.

In a swift reaction to a number of strange decisions, including a soft penalty to Ghana and the harsh red carding of Burkina Faso star Jonathan Pitroipa, Tunisian referee Slim Jdidi has been suspended indefinitely.

Mali captain and talisman Seydou Keita believes his Eagles failed to soar against Nigeria because the players did not work together like they had done in ousting hosts South Africa 2-1 in the quarter-finals.

But the former Barcelona player warned against finger pointing in the Malian camp as they try to win for the second time in five bronze-medal play-offs with the losses coming against Nigeria (twice) and Ivory Coast.

“Blaming other people is a waste of time and takes us nowhere,” stressed the 33-year-old competing at his sixth Cup of Nations, having made his debut when Mali hosted the 2002 tournament.

“We did well against South Africa because we played as a team. We did not play well against Nigeria and there must be a collective sharing of the responsibility for that failure.”

Ghana have reached the semi-finals at the last four tournaments, but made the final only once, meaning they have become frequent competitors in a third-place match, every footballer wants to avoid.

Captain Asamoah Gyan offered a brave front: “We are very down, naturally, but we must lift ourselves for the sake of our nation. It is not the match we wanted to be involved in this weekend, but there are medals at stake.”

No Black Star has more to play for than Wakaso, a find of this tournament and joint leading scorer with Nigerian Emmanuel Emenike on four goals as the race for the Golden Boot award goes down to the final two matches.