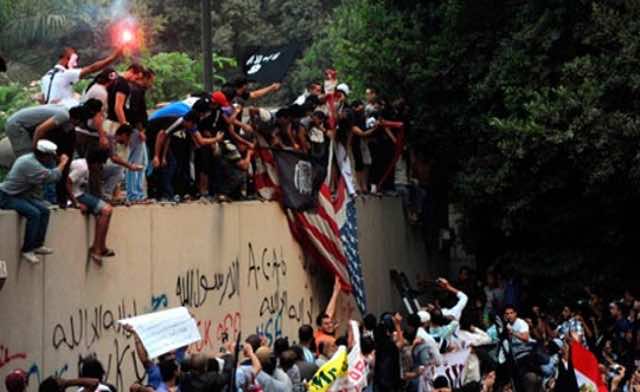 A court in Egypt ordered on Saturday the suspension of YouTube for a month for not removing The Innocence of Islam, a controversial film deemed insulting to the Prophet Mohammed, the state news agency MENA reported.

The order by the country’s administrative court also applies to websites that assist in the sharing of the 13-minute video.

The court order requires the ministries of communication and investment to block YouTube, owned by Google, inside Egypt, according to MENA.

The lawsuit against YouTube was filed in September 2012 by Egyptian attorney Hamed Salem global Muslim outrage and protests.

“If we don’t stop these videos, they will only appear with increasing frequency,” Salem told Ahram Online in September, condemning YouTube for allowing the film while “they don’t allow any videos insulting to Jews.”

The video, billed as a film trailer and made in the United States, provoked a torrent of anti-American unrest in Egypt, Libya and dozens of other Muslim countries in September.

For most Muslims, any portrayal of the Prophet is considered blasphemous.

The court said it was ruling on a case brought about the film several months ago, without going into further detail.

YouTube had “insisted on broadcasting the film insulting Islam and the Prophet, disrespecting the beliefs of millions of Egyptians and disregarding the anger of all Muslims” the court said, according to MENA.

Egypt’s National Telecommunication Regulatory Authority said it would abide by the ruling as soon as it received a copy of the verdict.