Morocco World News
Home Economy IMF optimistic about recovery in economic growth in Morocco in 2013, beyond 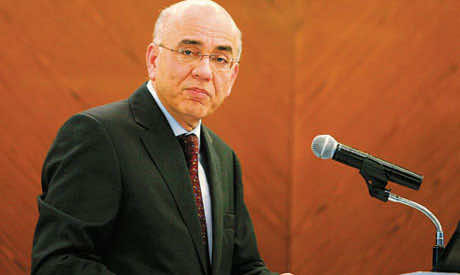 The International Monetary Fund (IMF) is optimistic about a recovery in economic growth in Morocco in 2013 and beyond, after the decline in 2012 due to various external and internal shocks, said, Friday in Washington, Masood Ahmed, Director of the Middle East and Central Asia Department at the IMF.

“Given the strong track record of wise economic management in Morocco for several years, we do not see why there will not a return to resilient economic growth and with higher rates,” said Mr. Ahmed, during a press conference.

The IMF official noted, in this regard, that the Moroccan economy has already shown an incipient recovery in 2013, a year marked by a growth rate reaching “around 4.5 percent and a reduction of the budget deficit, according to the agenda of (reform) in the medium term implemented by the government.”

He also noted that this agenda aims primarily to address some “vulnerabilities”, especially deficit reduction, improving economic productivity and more inclusive growth, adding that one of the strong points of this economic program is its “proven ability to attract private foreign investments.”

The Director of the Middle East and Central Asia Department at the IMF said that the agreement reached last August with Morocco on a precaution and liquidity line (PLL) of nearly $ 6.3 billion is part of this economic program.

The first performance review of Morocco, conducted by the IMF early this month, as part of this agreement, was an opportunity to reaffirm the “continuous eligibility of the Kingdom to benefit from this line of credit.