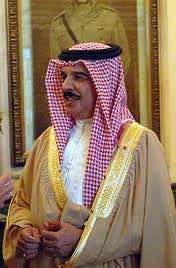 Morocco welcomed on Friday the call by the King of Bahrain, Sheikh Hamad bin Isa Al Khalifa, to resume national dialogue, with the participation of the government, the opposition and independent Representatives of Parliament.

Morocco welcomes “these ongoing serious efforts aimed at achieving national reconciliation in Bahrain, under the insightful leadership of the Bahraini sovereign, as part of his reform project,” the Moroccan Ministry of Foreign Affairs and Cooperation said in statement.

Morocco reiterates its “total support for the unity of Bahrain and national cohesion in this brother country,” the source added, stressing “the importance of unity among all the components of the Bahraini political fabric, in a spirit of constructive patriotism, to ensure the success of this initiative and promote security, stability, social peace and development in the Kingdom of Bahrain.