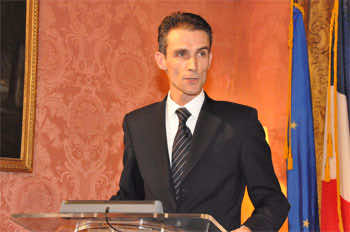 France warmly thanked King Mohammed VI for the stance expressed in a speech during the 12th summit of the Organization of Islamic cooperation regarding the rapid and efficient action of African and French troops in Mali.

France warmly thanks King Mohammed VI who commended in his speech at the OIC the rapid and efficient intervention of African and French troops against the terrorist threat”, said spokesman of the French foreign minister, Philippe Lalliot at a press briefing.

“In response to the emergency appeal made by the Malian authorities, and given the armed terrorist groups’ progression in their bid to control the entire country and force its population into submission, French troops, supported by Malian and African forces, intervened quickly and effectively”, the sovereign said in a speech to the summit (Feb.6-7 in Cairo).

“It was this firm reaction which made it possible to check the invasion of Southern Mali and to put an end to it. This was later followed by the liberation of Northern Mali, with its cities steeped in history, its Muslim populations and its religious monuments which attest to the Malian people’s longstanding adherence to Islam, as represented by the city of Timbuktu – one of the most ancient seats of Islamic civilization. The intervention was carried out in accordance with the aims targeted by the relevant United Nations resolutions”, the sovereign state in the speech read out by head of the government, Abdelilah Benkirane.

The sovereign also recalled that Morocco “warned the international community, years ago, of the perils looming over the Sahel and Sahara region.”

France further hailed the “support” expressed by the pan-Islamic organization during the Cairo summit to the ongoing dialogue and political transition in Mali.