New York- The documentary produced by Spanish Oscar-award-winner Javaier Bardem, which was launched at the end of last fall, in which he gives a one-sided outlook on the issue of the Sahara, stirred uproar among Moroccans. The Spanish actor turned all of a sudden into one of the most vocals supporters of the Polisario, giving more often than not an oversimplified reading of the conflict. By denouncing the purported human rights abuses committed against the Saharawi population in the Sahara, Javier Bardem joined the plethora of Spanish artists, intellectuals and commentators who spare no efforts to lend their support to the Polisario and demonize Morocco. 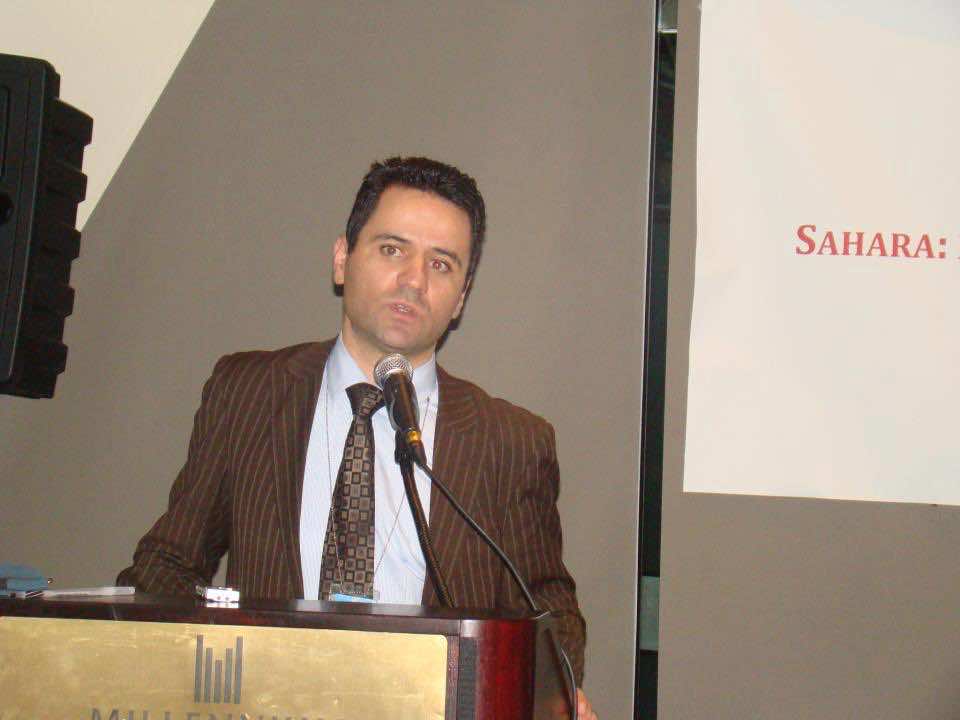 New York- The documentary produced by Spanish Oscar-award-winner Javaier Bardem, which was launched at the end of last fall, in which he gives a one-sided outlook on the issue of the Sahara, stirred uproar among Moroccans. The Spanish actor turned all of a sudden into one of the most vocals supporters of the Polisario, giving more often than not an oversimplified reading of the conflict. By denouncing the purported human rights abuses committed against the Saharawi population in the Sahara, Javier Bardem joined the plethora of Spanish artists, intellectuals and commentators who spare no efforts to lend their support to the Polisario and demonize Morocco.

A number of Spanish observers, such as Carlos Ruiz Miguel and Ana Camacho, exploit the alleged lack of democracy and fundamental freedoms in Morocco to question the legitimacy of Morocco’s presence in the Sahara and the credibility of the Moroccan autonomy plan for the Sahara. While doing so, these pseudo-defenders of human rights and for the right of people to self-determination never question the policies adopted by the Polisario in the Tindouf camps, its abuses against all dissenting voices and the embezzlement of humanitarian assistance destined for the population living in the camps.

As I noticed during the conference I gave during my last trip to Morocco on the issue of the Sahara last December-January, very few Moroccans understand why there is so much solidarity with the Saharawi and why so many voices are raised daily to remind the Spanish officials of their moral debt to them and their duty to put pressure on Morocco to respect international law. Meanwhile only a few specialists denounce the legacy of Spanish colonialism in the north of Morocco and the dire consequences of the gassing of the Rif region by the Spanish military following its defeat at the Battle of Anual on 14 July 1921.

As several Spanish and foreign scholars, such as Maria Rosa de Madariaga and Sebastián Balfour, have pointed out, besides the fact that Spanish officials violated their international commitments on the ban of the use of chemical weapons, their gassing of the population of the Rif continues to have dire consequences on the population of the Rif, especially bearing in mind that this region has the highest rate of people suffering from cancer. This is explained by the fact that the mustard gas used by the Spanish military against a defenseless population contained substances that caused irreversible genetic mutations, which resulted in the transmission of cancer from one generation to another.

Bearing in mind that there are over 200 associations that lend support to the Sahrawi population in Tindouf and that thousands of Spanish families host every summer about 10,000 Saharawi children, the Moroccans seek the same spirit of solidarity towards the descendants of victims of the gassing of the Rif. Moroccans wish, also, that there were as many associations and Spanish NGOs advocating for the rehabilitation of victims of this war, putting pressure on their politicians to express, on behalf of their citizens, Spain’s mea culpa with regard to these tragic events. For Moroccans, the support given by the Spanish public opinion to an internationally manufactured  entity is a clear indication that the latter has not yet managed to get rid of its negative and unfriendly view of Morocco, nor has a desire that the two countries build a future marked by mutual respect and the elimination of the factors of friction and disagreements between their respective peoples.

How can we explain this lack of solidarity of the Spanish public with the Moroccan position and the commitment of Spanish intellectuals to continue to regard Morocco as the only country capable of threatening Spain’s political and economic stability? Do those authors, who take advantage of every act of the Moroccan officials do in regard to Spain to alert their readers about their treachery, base their judgments on reliable facts that attest to the veracity of their statements? Or does this only illustrate the difficulty for Spaniards to dispose of their secular hatred and fear toward their “uncomfortable” southern neighbors?

To give an evidence-based answer to these questions requires us to inquire about the image being spread by the Spanish textbooks about the relations between Spain and Morocco and the influence of the latter on the historical development of the former, especially during the twentieth century. Only through the analysis of this image, will we be able to know the cause of the lack of solidarity of the Spanish people with their southern neighbors. As a matter of fact, the way in which Spanish textbooks treat the history of relations between Spain and Morocco could not be more distorted and full of omissions and untruths.

As pointed out by the authors of the book El Islam en las aulas (Islam in classrooms) the authors of the Spanish textbooks provide a truncated and partial reading of Moroccan-Spanish relations during the last century. It is a truncated reading to the extent that the few textbooks addressing this question do not even make an allusion to the use of poison gas by the Spanish military against the people of the Rif. In addition, a blind eye is turned to the period between 1927, date of the end of the so-called “pacification campaign”, and the independence of Morocco. By this omission, the authors of textbooks avoid to point out the fact that the defenseless population of the area under Spanish influence was victim of ill treatment by the Spanish military, as well as of the terror and intimidation policy they applied, in an indiscriminate manner, against this population in order to obliterate its resistance to the Spanish military presence.

These textbooks also overlook teaching young Spaniards that the overwhelming Moroccans who took part in the fratricidal conflict in 1936 were forced to sacrifice their lives and defend a cause that was not theirs. What is worse, and reflects the commitment of the Spanish intelligentsia to inculcate to Spanish youth untruths and show the purported altruistic and selfless nature of the Spanish presence in Morocco, is the fact that some authors of textbooks are so devoid of professional ethics that they do not hesitate in presenting facts that are in stark contradiction with historical reality.

In one textbook it is claimed that it was Spain which, out of its own initiative, decided to end its presence in Morocco, forcing France to do likewise in its corresponding protectorate zone. An excerpt of this textbook reads: “In the most serious moments of Moroccans’ struggle for independence, the attitude of the Spanish government was of respect for the people it protected; that is why it did not approve the removal of King Mohamed V by France (1953), which held the protectorate over the rest of Moroccan territory. On the contrary, three years later it gave independence to its zone. This decision forced also France to abandon its protectorate in Morocco”.

Given this biased reading of the history of Spanish-Moroccan relations and the fact that Moroccans are always presented as the cause of the worst traumas that marked the Spanish collective memory and never as victims of the imperialist designs of Spanish politicians, it is not surprising that the overwhelming majority of Spanish public opinion continue to show its hostility to the Moroccan position with regard to this conflict and that any position of the Spanish officials in favor of the Moroccan thesis arouses disapproval.

In order to start once and for all a process of reconciliation between Moroccan and Spaniards and to build a relationship based on mutual respect, understanding and non-interference of each country, it is time that Spanish media and textbooks stop stoking hatred among their public against Morocco and exacerbate their hostility against its people and its strategic interests. Instead, they should rather insist on facts like those mentioned above to make Spanish people more aware of the misdeeds committed by the officials of their country against a defenseless population that did nothing but defend its land and its culture, showing that Moroccans have been, until not so long ago, the victims of barbarity and shortsightedness of Spanish politicians.

Last but not least, the initiative launched by former Spanish Prime Minister, Rodriguez Zapatero, in September 2004 with regard to the establishment of an Alliance of Civilizations (co-sponsored with Turkish Prime Minister Recip Erdogan), is without a doubt a commendable step towards bridging the cultural gap that sets apart Muslims and Westerners. That being said, for this Alliance of Civilizations not to remain an empty shell, and for the Spanish government to be credible in its efforts in spearheading a rapprochement between the components of both civilizations, it should first and foremost, make sure to bring about a debate aimed at rethinking the way its intelligentsia, its educational system and its media industry view the immediate representative of Muslim civilization south of the Mediterranean. Did not the three conferences held so far by the Alliance of Civilizations’ Group of Friends insist on the fact that one of the most important steps to take in order to build a future of understanding and mutual respect between Westerners and Muslims, consist of combating stereotyping and the vilification of one side by another. Undoubtedly, the way in which the Spanish media continues to portray Morocco stands in stark contrast with this objective.