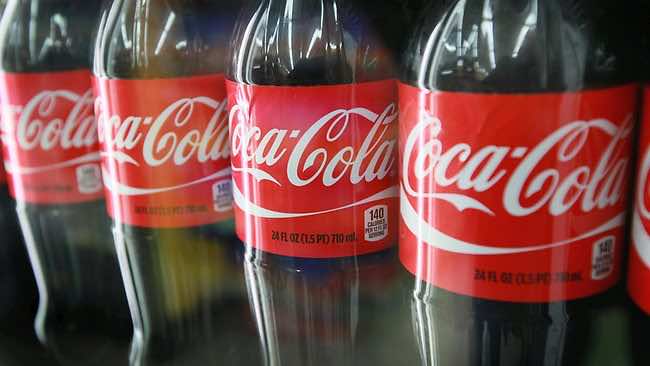 Ever since antiquity, cultural representation has been a matter of great subjectivity and a discursive practice replete with ideology. ‘Otherness’ has been constructed, communicated and transformed in complex processes and channels of representation.  The Greek writer Herodotus, for instance, spoke of racial and cultural difference describing Africa as a land which is full of “dog-eared men, and the headless that have eyes in their chests.”[1] The Orientalist discourse constructed, maintained and perpetuated a cluster of clichés about the Orientals in terms of race and gender rendering them as backward, timeless, lazy, superstitious, lustful, spiritual etc.

The recent Coca cola super bowl advertisement commercial maintains the same clichés and stereotypes about the Arabs; thus, perpetuating a historical legacy of misrepresentation towards the orient and its people who are depicted in many Western representational forms (especially fiction and cinema) as lagging behind people, fierce and violent, volatile and untrustworthy, fixed in time and place and inhabiting a barren scorching desert. Many people have argued that the debate about the advertisement is just much ado about nothing since the advertisement contains nothing that Arabs should complain about. However, a deep analysis of the commercial would certainly prove that every single scene – even the smallest details about the clothes of the characters, how they look, the facial expressions they evince, the background music used, etc – is chosen very carefully to fit with the underlying embedded messages the commercial wants to convey.

The commercial shows a Coca Cola glass bottle in the middle of the desert in a seemingly very hot weather. A thirst-quenching drink in an arid desert would certainly attract everyone. The race to the Coca Cola bottle starts between an Arab pulling a camel, some cowboys riding lightening horses, show girls on a bus, and Madmax on a motor cycle. The Arab is left far behind since his camel refused to move while all the other competitors get to the Coca Cola bottle. It would be so naïve to strip this ending of its obvious messages that the Arab is backward because he depends on a lazy camel, that he is unsuccessful and regressive, that he is timeless and does not develop! The connotations of this commercial are demeaning because the commercial itself is partial in that it zooms on certain aspects and neglects others. Picturing and caricaturing the Arab as a desert man and being blind to the various aspects of modernity and progress attests to the ideological load of the advertisement. This tendency is characteristic of Western colonial discourse on the East in General. Despite his 25 years in the East, mostly in China, Marco Polo’s accounts on China contained nothing about the Great Wall of China that is claimed to be the only human construction visible from the moon!

In fact, Coca Cola in this commercial takes a cinematic turn in that it deploys ‘Hollywoodic’ techniques and themes! One of the most recurrent themes in Hollywood films is the vilification of Arabs as Jack Shaheen delineates and illustrates in his book Real Bad Arabs which is extended to a documentary film with the same name directed by Sut Jhally and produced by Media Education Foundation in 2006. This documentary argues that the slander of Arabs in American filmmaking has existed since the early days of the silent cinema and is present in the biggest Hollywood blockbusters today. It also analyzes a long series of demeaning images of Arabs through the presentation of various scenes from different American movies.

The erudite thinker and the father of postcolonial studies Edward Said is almost incomparable when it comes to the huge theoretical literature on the Western representation of the Orient. In his seminal book Orientalism (1978) he argues that the representation of the Orient by the Occident has been consistently distortive and subjective. He defines Orientalism (the representation of Orientals) as a “Western style for dominating, restructuring and having authority over the Orient.”[2] Meanwhile, Orientalism is a European corporate institution gradually established to deal with the Orient “by making statements about it, authorizing views of it, describing it, by teaching it, settling it, ruling over it.”[3] John Maier, in turn, denounces the Eurocentric vision prevalent and conspicuously legible in Western representations. He states:

Orientalism at its worst involves crude stereotyping of supposedly inferior primitive peoples. Somewhat more frequently, the Orient is imaged as a backward place in need of modernizing and civilizing- in the direction, of course, of the West.[4]

The Coca Cola Company should have thought a thousand times before producing such a commercial because it can offend more than three hundred million Arab Coca Cola consumers around the world. As multinational beverage corporation, Coca Cola Company should promote world peace, coexistence and cooperation instead of kindling feelings of antagonism and resentment and, thus, conflict between cultures.