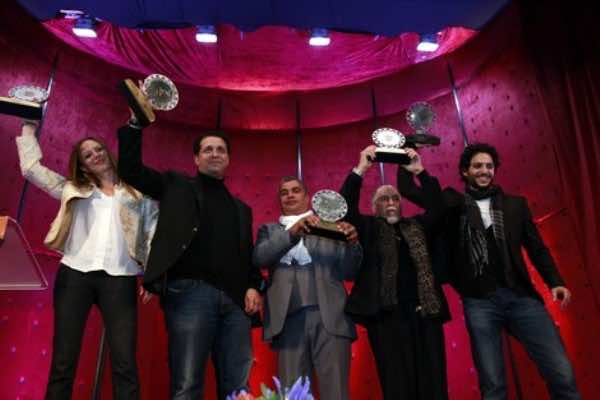 “Zero” a film by Noureddine Lakhmari won, Saturday night, the Grand Prize at the 14th National Film Festival, which wrapped up Saturday in Tangier.

The Jury’s Special Award in the feature film category was given to “Malak” by Abdeslam Kelai, which also won the Award for best screenplay.

The closing ceremony got quite emotional following the announcement of the second best actor Award which went to the late Mohamed Majd, who excelled in his role in “Zero.” Sonia Okasha who is cast in the same film, won the Award for second best actress.

Hachkar Kamal was awarded debut film Award for his documentary “Tinghir Jerusalem: Echoes of the Mellah,” while the Awards for best music and the best image were won by “Les chevaux de dieu” by Nabil Ayouch .

A special Award was given to “Dance of Outlaws” by Mohamed El Aboudi.

In the short film category, Munir Abbar won the Grand prize for his film “Al Hadaf,” while the Jury Award went to Mohamed Mouna, director of “Ca tourn” and Best Screenplay to Omar Mouldouira for “Margelle.”

20 feature films and 14 short films participated in this year’s festival.