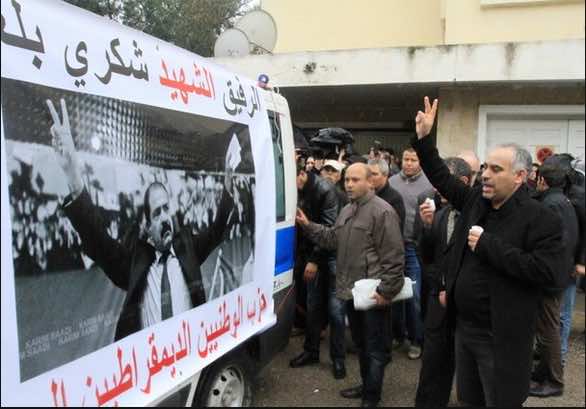 Islamists who rose to power following the Arab Spring uprisings that toppled veteran leaders in Tunisia and Egypt are facing an uncertain future because they lack the political savvy to rule, analysts say.

The murder last week of leftist Tunisian politician and outspoken government critic Chokri Belaid sparked unrest across the country, where despite the optimism of the revolutions, Tunisians are still battling unemployment and poverty.

As in Egypt where Mohamed Mursi, who hails from the Muslim Brotherhood, was elected president in June, demonstrators have taken to the streets accusing their new rulers of failing to deliver on Arab Spring promises to improve their lives.

Tunisia analyst Slah Jourchi, an expert on Islamic affairs, says the religious parties lack the necessary experience to govern and are not suitably prepared to rule.

“Islamist groups that had been hitherto purely anti-establishment were taken by surprise when they found themselves having to be at the helm, due to a vacuum on the side of secular opposition groups,” said Jourchi.

“These groups must take a step back from government and review their doctrine in order to adapt their ideologies to modern times,” he added.

In Egypt, Mursi’s Brotherhood tried to use force to govern, antagonising their detractors.

“In Egypt, more than in Tunisia, President Mohamed Mursi’s Islamists did not expect to meet with such resistance from the people,” said Stephane Lacroix, a professor at the Paris institute of Sciences Po.

He described the Brotherhood as “beginners who lack experience in public affairs” and who are “deficient in the culture of political management.”

“They can give out instructions, but the Egyptian police has its own way of doing things… and therefore you end up having a president who has no control over the police, the judiciary and the army,” Lacroix said.

“These are very difficult times for the Egyptian president because the Muslim Brotherhood stand alone against everyone else, and even the (radical) Salafists are positioning themselves against the Mursi government.”

In Tunisia not only did last Wednesday’s assassination of Belaid shock the nation, it also plunged the ruling Islamist party Ennahda into a deep crisis and shone the spotlight on the faultline within its ranks.

“Ennahda is in crisis,” said Iqbal al-Gharbi, an anthropologist and professor of Islamic studies at Ezzeitouna University in Tunis.

The self-declared moderate Islamist party which won the October 2011 elections, is a “Cornelian dilemma” that faces two tough choices: to follow the Turkish governing model of a moderate Islam that upholds the universal values of human rights; or to be tempted by a rigid form of Islamist rule.

Gharbi said Belaid’s murder has shown that both tendencies exist within the ranks of Ennahda.

Tunisian Prime Minister Hamadi Jebali, who is seen as a moderate, has taken the initiative, without consulting his Ennahda party, to set up a new government of technocrats where Islamists must give up key portfolios.

But Jebali’s plan has triggered the wrath of hardliners within Ennahda who refuse to budge, particularly those who hold the ministries of foreign affairs, the interior and justice.

She noted that the Islamist party is pledging to respect democracy while “refusing to dismantle the League for the Protection of the Revolution” — a militia allied to Ennahda that has been implicated in acts of violence. 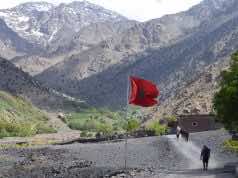