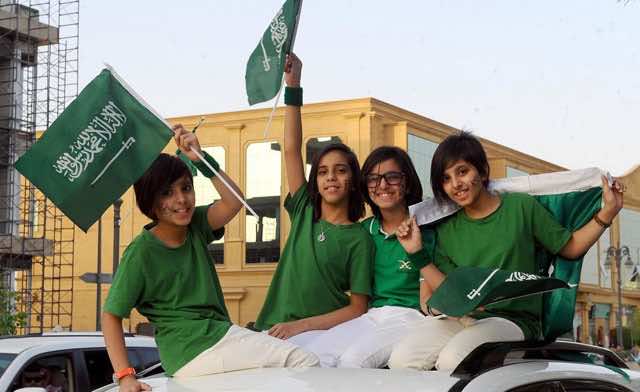 Saudi Arabia has been ranked as the Arab world’s most future-oriented and optimistic nation, according to a recent international study, prompting a wave of excitement and discussion on the social media.

In the “Future Orientation Index,” a study developed by two professors — Dr. Suzy Moat of the University College of London (UCL) and Tobias Preis of Warwick Business School — also ranked the kingdom as number 12 globally, one rank below the United States, which came in as number 11.

Dr. Moat and Associate Professor Preis analyzed more than 45bn Google queries to assemble their study, which ranked Germany as the world’s most “future-oriented” in the world, followed by Switzerland and Japan.

The news of the Saudi ranking has sparked excitement in the social media, especially on Twitter.

A Twitter hashtag of “Saudis the Arab world’s most optimistic people” has been one of the most trending in the kingdom with some citizens approving the statement and others making fun of it.

The Tweets posted by Saudis, originally written in Arabic, revealed differing views between optimism and frustration about the future.

Some Twitter users said their belief in fate was behind their optimism about the future. Twitter user Rimtk wrote that Saudis are optimistic because they are believers who “always count on God’s support.”

However, while some Saudi tweeted messages that supported the hashtag statement and co-related the optimism to their religion, others were skeptical about it.

Though the aim of the study was not stated, the “Future Orientation Index,” reflects the significance of the Internet in citizens’ in day to day decision making, Dr. Moat told the U.S. National Public Radio. (NPR)

“In countries where the Internet is more integrated into day to day life, we might see people searching for more information to support their future actions.”

“Our Future Orientation Index reflects international differences in attention to the future and the past,” Dr. Moat added. “A greater focus on the future when making decisions may support economic success,” she said.