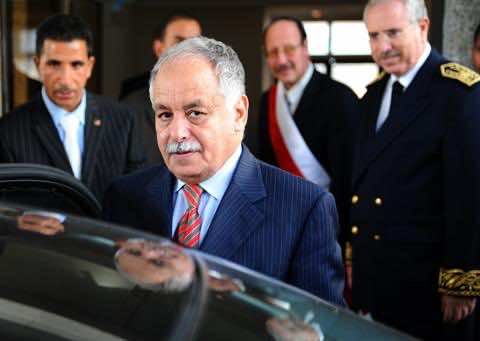 “Orders for the transfer of 15 million euros ($20 million) to accounts in Tunisia were given by Mahmudi,” said Mohamed Abubakar Dhib, a former senior official in the Kadhafi regime.

Dhib said the transfer did not go through because of a UN freeze on Libyan assets in place at the time.

Another witness, former foreign minister Abdelati al-Obeidi, said he was unaware of any attempt to redirect public funds.

The three are accused of misusing public funds and having aimed to “unjustly kill people” during the 2011 uprising that led to Kadhafi’s ouster and death.

The next court hearing was set for March 18.

Along with Seif al-Islam, Mahmudi is one of the few remaining keepers of the many state secrets of Kadhafi’s regime.

A doctor by training, Mahmudi was loyal to Kadhafi until the end, serving as premier from 2006 up to the final days of his regime, while also overseeing vast fortunes in the oil-rich nation.

Mahmudi fled to neighbouring Tunisia in September 2011 shortly after rebels seized Tripoli and effectively put an end to more than four decades of iron-fisted Kadhafi rule. He was extradited last June.

Obeidi himself faced charges of financial crimes in court on Monday, alongside former parliament speaker Belgassem al-Zwai. Their trial was adjourned until March 4 at the request by the defendants’ lawyer.