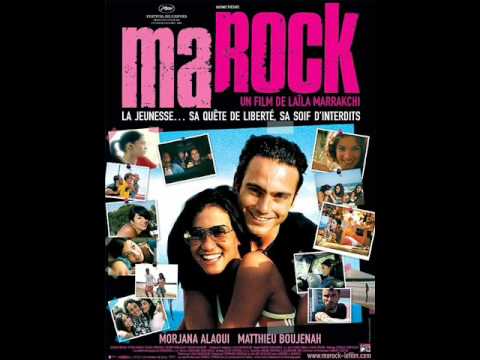 Meknes – Moroccan cinema during the lead years was censored and controlled by the state. The state determined the content and the messages films should present to people. Yet, after 1999, Moroccan cinema has seen many changes, especially after the era of the Third cinema. The latter is an anti-colonial movement by filmmakers that emerged as a reaction against the colonial enterprise, the social inequalities, the power structures, gender division, and the effacement of weak people.

Valerie Orlando in her book “Screening Morocco: Contemporary Film in a Changing Society” has explained that Moroccan cinema has gone through three periods “spinning the monarchies of King Mohammed V and his son, Hassan II: 1956-1970, 1971-85, and 1986-99”. According to Orlando, the first era treated filmmakers as government employees. That is, filmmakers were used to promote the state’s propaganda and the King’s will. The second era, known as the lead years was characterized by the dictatorship of the King Hassan II who dictated the subject matter to filmmakers. The third era, however, was a revolutionary epoch in which filmmakers claimed their anger against human rights abuses, violence and inequalities. Later on, Moroccan cinema improved and moved forward as filmmakers started to be free to express their ideas regarding their  the past, the reality of the present and the potential of the future.

As a matter of fact, we can divide Moroccan filmmakers from filmmakers working in Morocco and filmmakers living abroad. The former reflect on a past in which torture, violence and discrimination were common. The latter are filmmakers who left the country and developed a liberal view. This category of filmmakers, in fact, depicts the social problems through an open perspective. This is to say that Moroccans living abroad challenge the cultural norms and dare to examine taboos such as sexuality and religion. Moroccans living abroad try to depict the Moroccan society as it is and shed light on social ills as well as reveal the true nature of Moroccan people.

To better understand how filmmakers living abroad have reflected on Moroccan society and challenge the socio-cultural norms in Morocco, I would like to focus on the film of Laila Marrakchi ,“MAROCK”,  to try to analyze the different issues that the filmmaker tackles and reveal to what extent it challenges the Moroccan culture and traditions.

“Marock” is a Moroccan film directed by the Moroccan filmmaker Laila Marrakchi. It was first screened in 2005. This film depicts the social problems and the constraints presented to a society in transition. Marrakchi, in this movie, tries to depict thedisarray of young people between traditional norms and the outlook of modern life.

The movie narrates the story of an adolescent Muslim girl who belongs to a rich family and her love affair with a Jewish guy. Rita, a college student, meets her friends every night to drink wine, smoke and dance all night in a dance club where she has met Youri (a young Jewish man). Their love developed until the death of Youri and Rita went to continue her studies in Paris.

Marrakchi was audacious enough to direct this film which addresses unspoken issues such as sexual relationships and religious hypocrisy. This movie is a great challenge to the socio-cultural context of the Moroccan society in the sense that it reveals hidden realities about Moroccan youth, the detachment from Moroccan traditions and the frustration of Moroccan young people between the past and the present. This movie addresses sexual taboos, religious tolerance, class structures and the economic disparity between poor and rich people in Morocco, as well as parental affection.

Concerning the sexual taboos, the movie contains many sequences of love making and girls wearing sensual and sultry cloths. This was depicted when Rita was kissing Youri, when the Jewish boy was making love with a Moroccan prostitute, and when Moa was praying and Rita was bothering him. These images reflect the reality of rich adolescents who want to do what they want, enjoy their lives and be free from all constraints.

The religious tolerance is also an important issue in the movie. The filmmaker’s message is that we should not give priority to religion over our being humans. That is, as Louri said in one scene, “we all are Moroccans” regardless of being Muslims or Jewish. Thus, the love affair between a Muslim girl and a Jewish young man is a reality that challenges the cultural and religious norms that sees the Jews as being the “Other”. More than that, the film reflects on how young people react to religion and cultural traditions. For instance, Rita was not fasting pretending that she is in her period. She also, repeatedly, says that she does not care about religion. These scenes show that elitist young people in a big city like Casablanca are detached from the Moroccan culture and identity and are more open to the West and modern life.

Social structure is another theme that we can analyze in “Marock”. The movie opens with poor young boys who express their desire to be able to get into the nightclub and have fun with beautiful girls. This shows that poor people and rich people invade the same space but explore it differently depending on their economic capacities as Ursula Lindsey expressed in her review of this movie. Moreover, when Mao, Rita’s brother, before going to London has an accident and kills a little boy in a popular neighborhood, his father pays the poor family and sends his soon abroad. In fact, this event demonstrates how money can buy the life of poor people and how social structures promote social inequalities and the violation of human rights.

Another element that is worth studying in Marrakchi’s film is parental issues. In fact, throughout the movie, the parents of Rita were no more important as characters in the film than the servants. Rita had more affective and closed relationships with the maids than her parents. This view explains the lack of parental love and presence in the life of their kids and expresses the fact that rich people give more importance to their work and money than their children.

The movie “Marock” created uproar in Morocco. Debates occurred on whether the film should be censored or not. Brian T. Edwards argues that “Strong criticism was delivered to Marrakchi in person in Tangier, where the ?lm was screened at the national ?lm festival in December 2005. It was also criticized in cyberspace, where an active discussion about the ?lm took place among the Moroccan diaspora in France for the French release of the ?lm in February 2006, wherein Marrakchi was taken to task for claiming to speak on behalf of the young generation of Moroccans.”

Valery Orlando also revealed how the movie was dismissed by the Islamist party as attacking the values of Islam and promoting the Zionist message. Thus, in a debate between PJD supporters and the secular intellectuals, there was a heated discussion over the banning of the film. This criticism is based on the scene in which Louri gave a Star of David necklace to Rita and her insistence to love a Jewish man. Yet, according to Touria Khannous, an assistant professor at Louisiana State University, “the censorship efforts against Merrakshi’s film reflect the mindset of Moroccan conservatives, who have a vested and clearly articulated stake in preserving the moral and cultural foundations of Morocco, and ensuring the respect that is deemed necessary to Moroccans”.

To conclude, the movie is an interesting film that needs reflection and great attention. It depicts another reality about the Moroccan culture and pictures the social ills among the elite and the bourgeois class in Morocco. It is a film that calls for religious tolerance, peace and love. It is not a pornographic film that focuses on sexuality, but it addresses some issues of sexuality as being part of the true nature of adolescents. Simply put, the movie is a reflection of what a Moroccan filmmaker thinks about her society; it reflects her reaction and opinion about the ideological discourses and socio-cultural norms imposed in the Moroccan society, which is a sign of women’s engagement in society and freedom of expression.