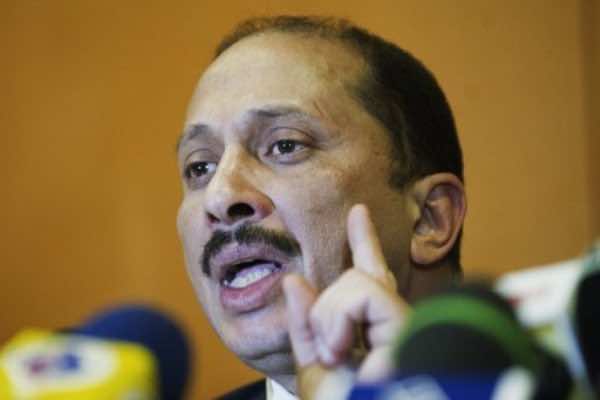 Tunisian President Moncef Marzouki’s secular party said it would stay in the ruling coalition, reversing a previous threat, but maintained its call for key Islamist ministers to resign.

The widow of the leftist opposition leader whose assassination last week sparked the political crisis meanwhile called on the government to resign.

The centre-left Congress for the Republic (CPR) had threatened to pull out of the Islamist-led government, which would have plunged the country deeper into political crisis.

But party chief Mohamed Abbou told reporters Monday: “We have decided to freeze our decision to withdraw our ministers from the government, but if in one week we don’t see any changes, we will quit the government.” 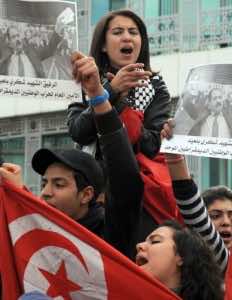 “Two days ago we presented the resignation of our ministers, but we were contacted yesterday evening by the leaders of Ennahda, who replied favourably to all our demands,” Abbou told reporters.

Ennahada however has not confirmed their departure.

The CPR opposed Prime Minister Hamadi Jebali’s plans to form a non-partisan government of technocrats, arguing it would allow the return of figures from the former regime of ousted president Zine El Abidine Ben Ali, he added.

Jebali announced his plan in the wake of public outrage at the murder last Wednesday of Chokri Belaid, a senior figure in the left-leaning opposition Democratic Patriots party and a fierce critic of the Islamists. 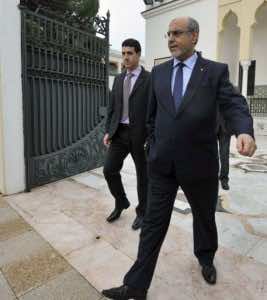 Jebali’s own party Ennahda, which heads the coalition government, has already rejected his plan for a technocrats’ government, exposing the divisions within the party, where Jebali is considered a moderate.

Belaid’s killing triggered three days of violent protests in which one policeman was killed and 59 others wounded, the interior ministry says.

On Monday, hundreds of Tunisians protested outside the national assembly demanding the government’s resignation, among them Belaid’s widow, Besma Khalfaoui.

“This government must resign today, not tomorrow or the day after tomorrow. It must not wait,” she told AFP.

“Those are the rules of the political game: when a government fails, it must take responsibility,” she added.

Jebali, who has set a target date of the middle of this week to form a transitional, non-partisan government, was sticking to his guns Monday.

He had “no other choice,” he said, renewing his threat to quit if he failed to do achieve his goal.

The third party in the coalition government, Ettakatol, threw its support behind the shake-up. Finance Minister Elyes Fakhfakh said it was necessary to “ensure the best possible success of this initiative.”

Ennahda hardliners however are refusing to give up the key portfolios.

They have warned they will take to the streets of the capital, as they did on Saturday, to insist on the party’s right to govern following its October 2011 election triumph.

Since Wednesday, Tunisia has seen street clashes between police and opposition supporters and attacks on Ennahda offices.

Belaid’s funeral on Friday turned into a massive anti-Islamist rally, believed to be the largest since the revolution.

His killing has enflamed tensions between liberals and Islamists over the direction of the once proudly secular Muslim nation, stoked by a controversial pro-Ennahda militia blamed for attacks on secular opposition groups.