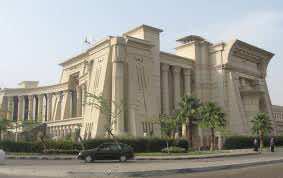 An Egyptian court has sentenced two Israelis to two years in prison for illegally entering the country, a judicial source said on Tuesday.

The court issued the verdict on Monday, the source said. Andrey Pshenichnikov, 24, and Ahmed Daif, 33, appear to have entered Egypt separately.

Police had arrested Pshenichikov in Taba, on the border with Israel, on suspicion of spying.

Israeli media had identified him as a Russian-born immigrant to Israel who had been arrested by the Israeli Shin Bet security service last year over his pro-Palestinian activism.

In October 2011, Egypt freed a US-Israeli citizen under a prisoner exchange after he was arrested in Cairo and accused of working for Israel’s Mossad spy agency and sowing sectarian strife in Egypt, allegations he denied.