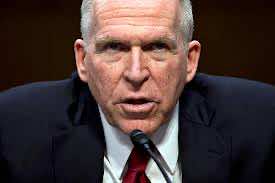 A former FBI agent said on Saturday that there were indications that President Barack Obama’s CIA nominee John Brennan converted to Islam between 1996 and 1999 when he was the CIA station chief in Riyadh.

Agent John Guandolo, who retired from the FBI in 2008, told the U.S. Trento Radio Show that Brennan converted to Islam in Saudi Arabia and visited Mecca and Medina during the hajj season along with Saudi officials, who may have induced Brennan to convert.

In a Skype video interview with the radio show, Guandolo said Brennan visited Mecca and Medina, which non-Muslims are not allowed to enter especially during the Hajj season.

Guandolo concluded that the “video confirms Brennan converted to Islam.”

Brennan is a CIA veteran, among his previously held posts are the deputy national security advisor for homeland security and counterterrorism.

The 57-year-old was nominated by President Obama on Jan. 7 to head the CIA. He would succeed retired General David Petraeus, who resigned amid a scandal over an extramarital affair with his biographer.

Ex-FBI agent Guandolo, who is described as an anti-Islam activist by MSNBC that carried the story, said in the radio interview Brennan is “un-fit” to head the CIA.

“The facts (are)…confirmed by U.S. government officials who were also in Saudi Arabia at the time that John Brennan was serving …they were direct witnesses to his growing relationships with individuals who work with the Saudi government and they witnessed his conversion to Islam,” said Guandolo.

Guandolo also recalled in the interview a pervious speech by Brennan earlier in 2010 in front of New York University students, where he acknowledged that he visited Mecca and Medina during the hajj season.

Speaking for a couple of minutes in good Arabic, Brennan talked about Islam in his address and of his visits to Arab and Muslim countries and his residency in the Middle East for six years.