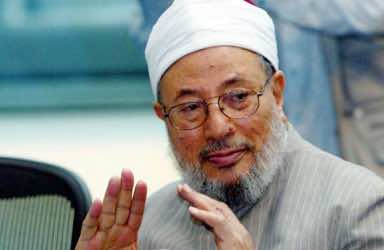 Senior Muslim clerics in Egypt believe Pope Benedict XVI’s abrupt resignation could reopen the way for dialogue with the Catholic Church, severed after Benedict’s controversial 2006 remarks on the Muslim prophet.

But improved ties between the Church and Al-Azhar, the premier seat of Sunni Muslim learning, would depend on the next pope’s approach to the Muslim world, the clerics said. “The resumption of ties with the Vatican hinges on the new atmosphere created by the new pope,” said Mahmud Azab, an advisor on inter-faith for the head of Al-Azhar Ahmed al-Tayyeb.

“The initiative is now in the Vatican’s hands,” he said In 2006, Benedict sparked fury across the Muslim world when he recounted an anecdote in which the Muslim Prophet Mohammed was described as a warmonger who spread evil teachings by the sword.

Dialogue resumed in 2009, but was again severed after the pope strongly called for protection of Christian minorities following a January 2011 suicide bombing at a church in Alexandria, Egypt’s second city. At the time, Al-Azhar said it would cut ties again with the Vatican over what it called Benedict’s “repeated treatment of Islam in a negative way, and
his claims that Christians and others are oppressed in the Middle East.”

Yusef al-Qaradawi, a senior cleric in Al-Azhar, said his International Union of Islamic Scholars organisation had boycotted Benedict since his 2006 comments. “Now, God has willed that we resume dialogue, after a new pope is elected,” he said, adding he was “optimistic.”

Such a dialogue, however, would take place as Islamists take centre stage in several Middle Eastern countries, after the Arab uprisings of 2011, further complicating relations with Christian minorities. Pragmatic groups such as Egypt’s Muslim Brotherhood rulers are likely to welcome dialogue, said Ashraf al-Sherif, a political science professor at the
American University in Cairo.

“Parties with an Islamic reference such as the (Brotherhood’s) Freedom and Justice Party may welcome dialogue, given their desire to present a good image,” he said.

To the right of such parties, however, are ultraconservative Salafi movements who are traditionally less open to inter-faith talks, but Sharif said they might also have no objections because “the dialogue is essentially a formality.” “Generally, Islamists will not have a negative impact on the chances for a  dialogue,” he said.

Al-Azhar and the Vatican had held ongoing dialogues on co-existence under Pope John Paul II, Benedict’s predecessor.
A resumption of dialogue should be based on the firmer grounds of an institutional relationship, rather than personal ties, said Hassan Wagih, a professor of political science at Al-Azhar University.

“The danger is in reducing the relationship to a personal one; it must be an institutional relationship,” he said. The new pope, he added, would have to tackle problems between the Vatican and Muslims and “push for mutual respect.”

Following his 2006 comments, which sparked protests in Muslim countries, Benedict tried to mend fences with a visit to the Sultan Ahmed Mosque in Istanbul, the second visit by a pope to a mosque in papal history. “The new pope must not attack Islam,” said a senior Al-Azhar cleric, Mahmoud Ashour, adding that relations with the Vatican should be based on the principle that religions “complete one another, rather than compete.”