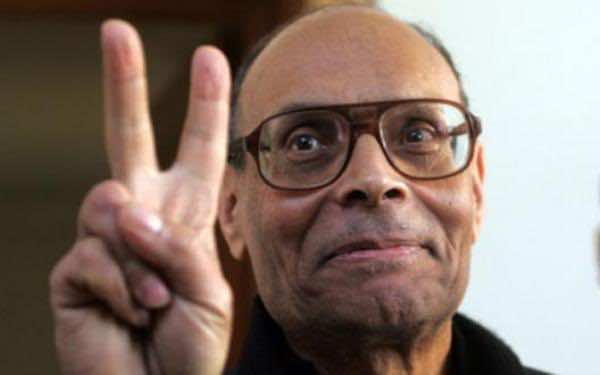 It is falsely believed by some of our friends in the West that freedom is a Westerner value par excellence,and is being exported via democracy to people who have been very long ignoring it or being ignored of it.

This direction and methodology of the West in describing the multiple geopolitical and cultural phenomena of the Arab world can explain a long process of ethnocentrism by these friends. We have been presented to large audience in both Europe and America as ignorant people of values of liberty and modernity and unable of democratic practices. This can not be true and does not respect the law of logic. Love and respect, justice and fairness and commitment to the farewell of all have been experienced throughout the history of mankind.

The understanding and practice of democratic life may vary from one group to another and so are for communities and societies. Yet, the purpose and aspect of democracy have been the same throughout the history of social life. This purpose is serving the advantage and the benefit of the whole community. This aspect is shared responsibilities. If this perspective to be doubtful and unfounded, Things fall apart of the great African writer, Chinua Achebe can be a valuable evidence. The justice system, the strong social structure of the tribe and the richness of cultural and ritual practices are vivid examples. Being observed and absorbed by our politician friends in the west as ignorant of democratic values is an unfounded claim and expresses a one-direction of understanding and practicing of democracy. Democracy that can not be welcomed, appreciated and supported unless it reflects their own approaches and serves their own goals. An approach inspired and long advanced by Anti-Islamist and secular politicians here in our easterner world.

The French Interior Minister Manuel Valls denouncement of “the Islamic fascism rising everywhere,” following the assassination of the well known Tunisian opposition anti-Islamist leader, Choukri Belaidin can serve to legitimate my argument. “There is an Islamic fascism rising every­where, but this obscurantism must, of course, be condemned because it denies the democracy for which the Libyan, Tunisian and Egyptian people have fought,” He further told in his announcement to Europe 1 Radio: Choukri Belaid was “one of the democrats and we must support these democrats so that the values of the Jasmine Revolution are not betrayed.” This is absolutely true. However, these values of Jasmine Revolution are beyond the reach of these struggling societies as long as Islamic parties, mostly referred to as Islamic groups by Media, are in control. This is how Mr. Manuel Valls view and perceive things.

For Moncef Marzouki, the human rights activist, politician and the after-revolution elected President of Tunisia, what complicate the Arab people pursuit of political stability and dissatisfy their thirst for liberty is our inability to overcome the psychological effect of our troubled history in the last four hundred years. A series of wars, conflicts and chaos have been preventing us from stability and unity though the struggle for liberation was very dominant and central in our shared memories. Paradoxically, The West, strongly and intentionally introduced to us as the world of inspiring values and norms of humanity, was and still ethnocentrically tailoring every modest initiative to political reform and stability. For this well-respected anti-Ben Ali regime figure and inspiring humanist, we are born in the middle of a historically troubled and unbalanced sociopolitical disciplines. These disciplines have been strongly founded on injustice and oppression. Our journey towards freedom can be a reflection of loss and ambiguity unless efforts are made to limit our choices to unity, unity and unity. It is the sole destination to safe shores.

Politics is dirty. The history of politics is a history of paradox, chaos and dilemmas. The history of politics is a history of behind scenes and malicious hands. The great works of arts that have been reflecting and inspiring the history of Geopolitics and constituting some of our historical cultural heritage can introduce us to the dark mysteries of the world of politics. The political treatise, The Prince, by the Italian diplomat, scholar and political theorist Niccolò Machiavelli is a treasure and a valuable resource. This discourse of this experienced politician is “more than a merely artistic or historical interest in the incontrovertible truth that it deals with the great principles which still guide nations and rulers in their relationship with each other and their neighbors.”

My personal admiration and respect of Moncef Marzouki is great and shared by millions of us who admire the history of this man in his struggle for freedom to his people. Today, the people of Egypt, Syria, Iraq, Libya, Tunisia and Yemen can see their politicians ignoring the calls for compromise and unity and favoring their personal interests and agendas. Today, his voice is sad and his heart is wounded and the things fell apart in Chinua Achebe Igbo’s tribe are now falling apart on our lands.

This article was inspired by an interview of Moncef Marzouki with Aljazeera Channel.