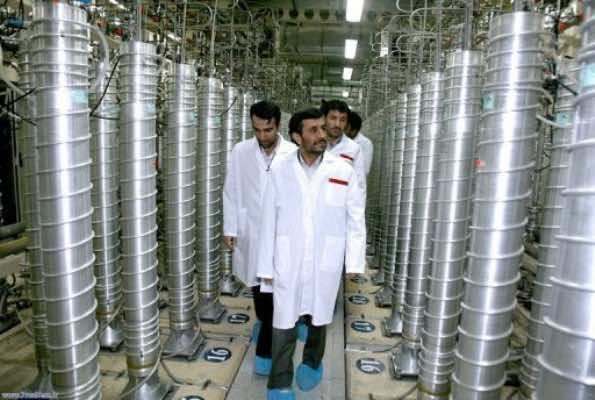 “The installation of new centrifuges at Natanz site has started about a month ago… the process is ongoing,” Abbasi Davani was quoted as saying after a weekly cabinet session.

He did not reveal how many centrifuges — machines that enrich uranium gas by spinning it at supersonic speeds — were installed but said: “These centrifuges have a higher efficiency and are used specifically to enrich uranium to less than 5 percent, and not to 20 percent.”

Abbasi Davani added that the new machines were made of “composite materials” made in Iran.

Iran had indicated to the UN nuclear watchdog its intention to install the new generation equipment, according to a document seen by AFP at the end of January.

The International Atomic Energy Agency document said that Iran informed it in a letter dated January 23 that “centrifuge machines type IR2m will be used in Unit A-22” at the Fuel Enrichment Plant (FEP) at Natanz.

The IAEA replied in a letter dated January 29 asking for more information on the announcement, which came despite international sanctions aimed at slowing Iran’s nuclear programme.

Of greater concern than Natanz is Iran’s Fordo site, which mainly enriches uranium to 20-percent purities, significantly closer to the 90-percent level needed for a bomb.

Based on the figures given by the IAEA in November last year, there are more than 10,000 IR-1 machines installed in Natanz, while around 3,000 IR-1 in Fordo.

Enriched uranium can be used for peaceful purposes such as in atomic power stations — Iran currently has one functioning plant — but also, in highly-enriched form, for a nuclear bomb.

Because of concerns that Iran may be seeking to develop nuclear weapons — something it denies — numerous UN Security Council resolutions have called on Tehran to suspend all enrichment activities.