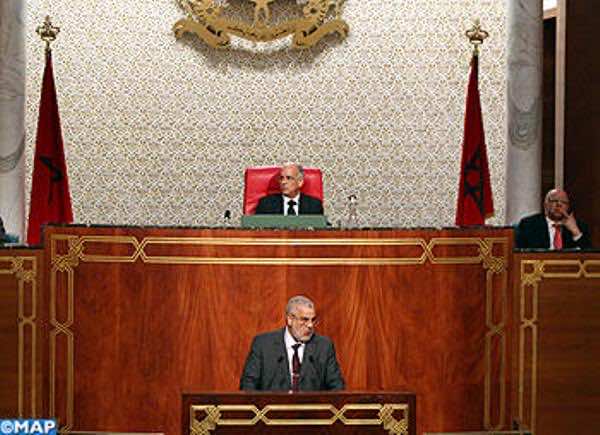 The House of Representatives on Tuesday wrapped up the autumn session of the 2012 Legislative year.

At the closing plenary session that was attended by Head of Government, Abdelilah Benkirane, Speaker of the House of Representatives, Karim Ghellab, said the session was marked by the adoption of a total of 52 legislations, including 48 bills and four legislative proposals.

Ghellab noted that several bills have been introduced part of the efforts to accompany the evolution witnessed in Morocco in terms of good governance and the strengthening of competitiveness, as well as the upgrade of the financial system.

He stressed the importance the House of Representatives attaches to bills and legislative proposals, noting that the nation’s representatives looked into 62 legislations, 21 of which presented by the opposition.

In this regard, the House adopted new legislations or amended existing ones to accompany the developments on the domestic scene, or adapt national legislation to international conventions, he added.