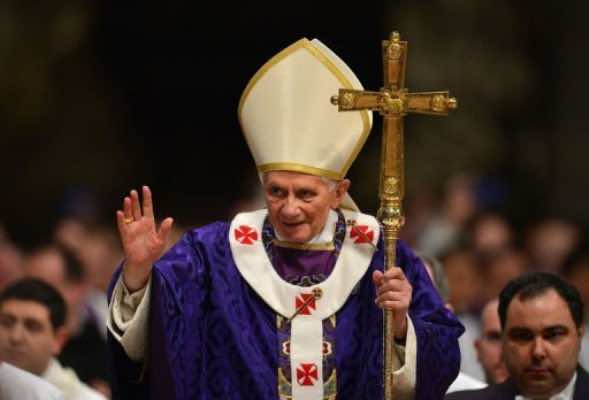 A black pope, a youthful pope, an innovator pope: Catholic faithful still reeling from the news that Pope Benedict XVI is stepping down are voicing hope for radical change at the top.

Many are also saying they would like the 85-year-old’s momentous example to set a precedent for ageing pontiffs in the future after 2,000 years of Church history in which virtually every incumbent has been in power until death.

“I want someone who is youthful and with a youthful spirit who can be more flexible,” said Ieva Tamosaityte, a 25-year-old Lithuanian musician who was in the congregation at the pope’s emotional last mass on Wednesday.

“I would like future popes to retire when they get old too,” she said.

In the hours after the shock announcement on Monday, pilgrims on St. Peter’s Square quickly shifted from discussing Benedict to thinking of his successor.

“I hope that the next pope will be black, that would really change people’s outlooks,” said Dorina, a 22-year-old Swiss woman on holiday in Rome.

Some referred to the pope’s intransigent position against priests marrying, women’s ordination and gay marriage, saying they hoped the next head of the world’s 1.2 billion Catholics would be more in tune with the times.

In his resignation speech delivered in Latin on Monday, Benedict recognised he lacked the strength to keep up “in today’s world, subject to so many rapid changes and shaken by questions of deep relevance for the life of faith.”

Mimmo, a pensioner who came to the Vatican after hearing the news, said the future pope should be more of a reformer than Benedict.

“I think the new pope will have to be an innovator on many of the problems of the modern world,” said Mimmo, adding: “I think the Church should be more open on the idea of priestly celibacy and on the ordination of women priests.”

Bart Vanhatten, 20, a German student in Rome on an Erasmus exchange programme, said: “I didn’t like him at all, I expected more from him, especially on homosexuality. I hope the next pope will be more progressive.”

Sixty-year-old Gianni de Filippo spoke in front of one of four giant screens set up outside the basilica to follow the pope’s Ash Wednesday mass.

“I hope the next pope is more in the Christian tradition, like John Paul. Benedict was a political pope,” he said, referring to Benedict’s long career in the Vatican hierarchy which has given the impression of someone detached from the daily lives of ordinary Catholics.

But others said they wanted the Church to stay where it was.

“I want someone who continues a course that is conservative, stable but also fair and balanced. That’s what we need for these difficult times,” said Itala Sala, an elegant 79-year-old who wore a large green cape at the pope’s last mass.

Some said the most remarkable act of Benedict’s papacy was the act of renunciation itself — only the second resignation in Church history.

“I actually respect him more for stepping down. It’s a responsible act to be so honest and say you’re not capable any more,” said Sally Baker, 23.

Bilal, 45, from Lebanon and a non-Catholic, agreed: “When somebody knows he’s unfit for power he has to resign. He resigned by himself and that’s good.”

He added: “(Syrian President) Bashar al-Assad could do the same.”