Sidi Ifni-  As Moroccans, in nearly every aspect of our lives, we carry cultural traditions and practices in approaching life situations. Helas, some of these traditions have destructive ramifications. Let’s take the case of the marriage of men in Morocco and the perceptions of their mothers. 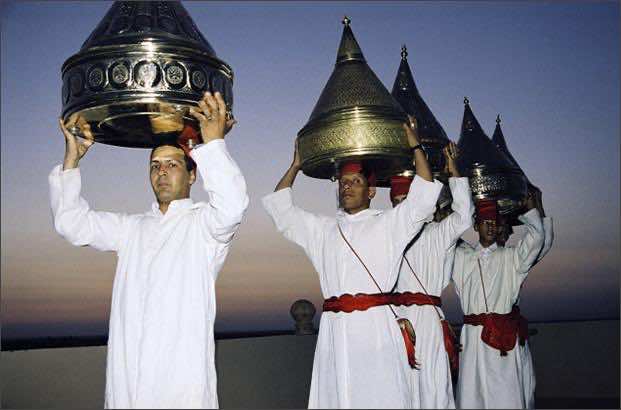 Sidi Ifni-  As Moroccans, in nearly every aspect of our lives, we carry cultural traditions and practices in approaching life situations. Helas, some of these traditions have destructive ramifications. Let’s take the case of the marriage of men in Morocco and the perceptions of their mothers.

In Morocco, when a man, for instance, prepares to get married, many of his female relatives including the mother, regurgitate details about the woman chosen by the son. From hindsight, curiosity would seem normal in such a situation.

However, what is unbearable is the extent of involvement in the process by female circle before the proposal day which may cause frictions in the dynamics of the marriage. Surprisingly, Moroccan mothers feel happier seeing their daughters get married than seeing their sons get married.

“I am afraid the new woman may take my son’s heart,” a Moroccan mother wonders. “Beware! The new woman may make your son fall under her spell and therefore spoil your life, “aunts warn the mother.”

Once married, your son will no longer take care of you as he used to do,” some women tell the mother. In some way or another, Many Moroccan mothers develop a pre-disposed assumption against their future daughter in law. Some maintain this apprehension towards the daughter in laws, while others overcome it. Nowadays, this sort of hatred which breaks up families is growing more and more rampant.

In this respect, the perception that Moroccan mothers must get rid of is the illusive threat sons’ wives pose to them, and the same is true of wives towards the mothers of their husbands. What so many Moroccan families forget to bear in mind is that Islam which orders men to treat their mothers in the best manner imaginable is the same religion that orders men to get married the soonest possible, especially for fear of temptations.

“You must wait; why are you in a hurry for marriage?” mothers tell their sons. Doubtless, the mother’s love is irreplaceable. We all take this for granted. Yet, the question that comes to mind is why mothers don’t say the same thing to their daughters. “You should get married as soon as possible!” mothers advise their daughters.

Put simply, it is for the simple reason that daughters are married to men, not women, whereas sons are married to women, not men. In other words, when women are the strangers, many mothers feel there is a threat, and when men are the strangers, mothers feel there is comfort. In some mothers’ eyes, a man is a blessing to the family, while a woman is a looming threat.

Needless to say, there are exceptions that serve nothing but prove the rule. Here, we must make it clear that Moroccan mothers are not being attacked in any way here.

Simply, they are being reminded of a perception that they may showcase towards their daughter in law and which could bear a negative connotation on the dynamics of the family unit .