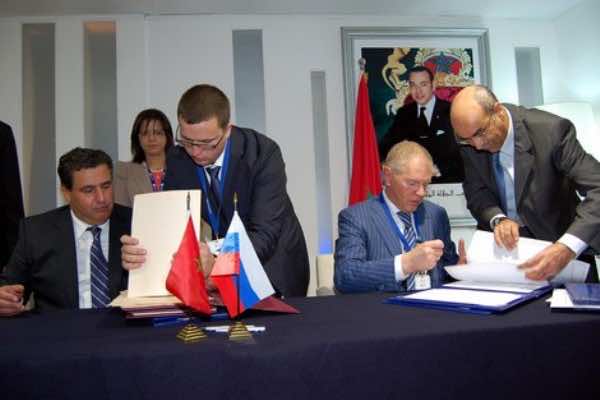 Morocco and Russia signed, Thursday in Agadir, a new fisheries cooperation agreement for a period of four years, the sixth of its kind since 1992.

The agreement was signed by Minister of Agriculture and Fisheries, Aziz Akhannouch and representative of the Russian Federal Agency for Fisheries, Constantine Dikin, on the sidelines of the second edition of Halieutis, held February 13-17 in Agadir.

This new agreement, which replaces the one signed on June 3, 2010 in Moscow (expired June 2, 2012), is the culmination of several rounds of discussions this year.

The agreement provides for allowing a fleet of 10 Russian ships to resume fishing in Moroccan waters, while Russian ship-owners pay a financial compensation as access fees.

Morocco and Russia have enjoyed long-standing cooperation relations in the field of fisheries. The first agreement was signed in 1992. The agreement signed on Thursday and is the sixth fisheries agreement linking the two countries. A joint research program has been in place since then, and several Moroccans have been trained in Russian maritime institutions