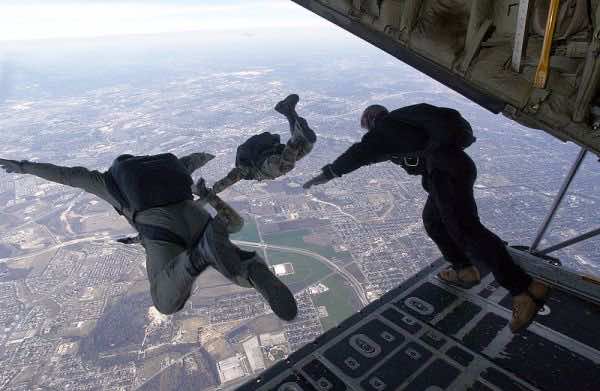 When one contemplates notions of success, many images and visual associations come to one’s mind. It may be wealth, hard work, happiness, intelligence, power, or even luck. But upon mentioning risk-taking as one of the critical aspects in the art of success, people might make fun of you. Too many individuals think that risk-taking is nonsense and taking risks only brings suffering into to your life. Risk-taking is an invisible power which needs highly creative and motivational people to be recognized. Only few people in life enjoy a risk-taking spirit!

The concept of risk taking

Simply put, the art of trying is a win-win game because there is no room for losing anything. For example, trying out anything like participation in a sports competition, it has two possibilities: to win or to not win a medal!

In this context, you have nothing to lose because you entered the competition without a medal. There are two possibilities:  to participate and win a medal or to participate and not win a medal. Thus, taking risks is a win-win situation.” Taking risk–in other words– is the art or the ability to trust yourself and your potential to take the next step. Risk-taking promotes resilience and an attitude to fight any negative thinking–namely failure or rejection because with any risky action, there is a possibility that something might not go as planned.

Keep in mind that this more holistic and optimistic conception of risk-taking is most readily available in the pockets of the successful and highly motivated! So in which category you locate yourself? Remember, it’s all about you and your perception of the concept.

Risk taking encourages embracing innovative approaches to deal with any single issue or situation. It is the ability to go against the mainstream and challenge the conventional through self-confidence and wearing the bohemian jacket to explore new horizons.

History and literature are riddled with examples of madness and people who wore the bohemian jacket and faked insanity to achieve their goals, Ranging from writers and philosophers like Edgar Allan Poe, Ernest Hemingway, Nietzsche and Majdoub to personas in their writings like Helmet, Hdidan and you name it. Those authors all dared to go against the mainstream and wear the “fool’s” jacket in order to question the perception of social norms. They adopted the bohemian lifestyle, but finally they ended up on top. Set up your own subculture and believe in your potentials.

We must not forget that without innovation, we would still be using candles or rather nothing at all. After all, candles came about through risk taking action. Through my own observation of the Moroccan context, I have realized that creativity is missing in our culture. Many would blame the religious and social norms or for the absence of creative thinking within Moroccans, but it is more personal.

You are right in saying that the question of culture or cultural determinism might come to surface in this discourse since–culturally speaking–Morocco is a high social context culture. This means that collectivism or the notion of pleasing each other is deeply rooted within the culture. However, I believe that it is more so about the image of the self. In other words, mechanical thinking has become solidified in people’s minds. This encourages people to view creativity or innovation as culturally taboo.

Kindly put, people always take the same route to work, to school and then back home. They never take the risk to attempt another road to see what can be discovered or experienced: The same hairstyle from childhood, the same life style, ordering the same thing on the menu every time, wearing the same colors etc…..This leads to the unfortunate discouragement of innovation. Those examples might sound simple and trivial but they deeply reflect the type of society such people live in.

The necessity of mistakes

John W. Holt said “If you’re not making mistakes, you’re not taking risks, and that means you’re not going anywhere.” Making mistakes is part of the learning process, and no personal growth or improvement occurs without mistakes. Michael Jordan explained this by saying “I accept failure, but I do not accept not trying.” The key is to learn from one‘s mistakes and keep moving forward. Rejection and mistakes are the motto by which people progress and move forward. Taking risks might lead to a temporary breakdown, but it will not lead to any long-lasting failure because risk taking, fundamentally represents the ability to be resilient and to start again after you have broken-down.

Risk taking is the art of pushing yourself to accomplish your goals and allowing your ambitions to know no bounds. The sky is the limit. This naturally requires you to step out of your comfort zone. Risk-takers usually adopt and experience the burning zone as a bridge toward success. For example, telling a joke to a group of people is regarded as social risk-taking because this act has two possibilities: acceptance or rejection. So by telling a joke you dare to challenge your comfort zone and you find yourself taking a social risk. Risk taking is thus a challenge that makes life enjoyable and worth living. The myth of security

One of human nature’s primary needs is, without a doubt, security. But would you not agree that every action we carry out in life seems to be risky? Just being alive means that there is a risk of dying. Going to school is also a risky action since there is the possibility of failure. Getting married pushes you to meet the risk of divorce, and so on and so forth. Any advanced act we perform in our life has the possibility of going wrong- meaning that the phobia of risk-taking is only exaggerated!

Following the security question, I suggest locating the concept of risk-taking into two categories: the positive risk-taking and the negative one.

Negative risk-taking is a suicide act. Usually those who take such risks have no plan or structure in their mind. This is problematic because a sense of vision is needed in their actions. For example some people start up a business with no calculation or market research. They think that only motivation and money can make it. There are numerous individuals who make this mistake and experience failure. And yet, we must keep in mind that they learn a valuable lesson and could succeed with better though out ideas. In other words, well thought implementation must accompany vision in risk-taking.

Positive risk-taking: “Why should I take that risk?”

Positive risk taking is associated with calculation and planning. Positive risk-taking happens when you ask yourself is that “risk worth taking?!” Self-awareness about the risk or action you are bound to undertake is essential in achieving your objective. Before you make any next step an examination of the situation should occur, so that you can minimize the risk. A solid road map of what you are expected to do is also necessary for any successful risk-taking action. This encourages the probability of a positive outcome.

Sufficient time should be devoted to studying any negative effects that are likely to emerge and cause danger to the project. Positive risk-taking is not all about expected problems but also about the unexpected things in your actions. It is also about predicting outcomes and risks. Creating a business, for instance, with all the above skills in mind, would make it a successful one because every step taken within the project is well calculated.

This article is an attempt to redefine the concept of risk-taking and to raise the question of genius, madness, and the phobia of creativity to the surface. Many people misinterpret what risk-taking really means and label it, consciously or unconsciously, as a cultural taboo or a monster that disturbs our security and morality.