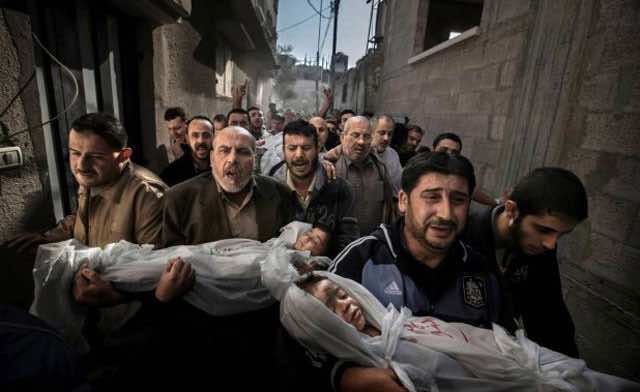 A photograph of two dead children, who were killed in an Israeli missile strike on Gaza City, won the top World Press Photo prize on Friday for Swedish photographer Paul Hansen of newspaper Dagens Nyheter.

The photograph shows a group of men bearing the bodies of two-year-old Suhaib Hijazi and her brother Muhammad, 3, as they were taken to the mosque for a burial ceremony.

“The strength of the picture lies in the way it contrasts the anger and sorrow of the adults with the innocence of the children,” Mayu Mohanna, a member of the jury, said of the photograph which was named World Press Photo of the Year 2012.