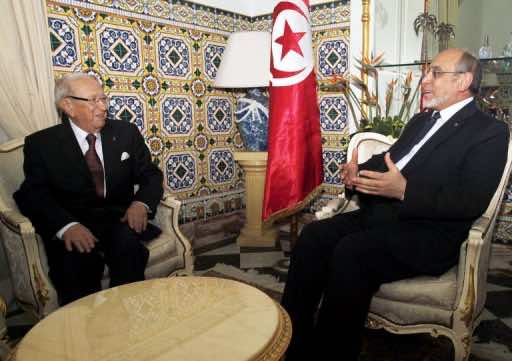 Tunisian Prime Minister Hamadi Jebali announced on Friday that talks on the formation of a new government of technocrats had been rescheduled for Monday, after he met the leaders of the main political parties.

“There has been some progress on all the points raised… That is why we have decided to continue the discussions on Monday,” Jebali told reporters.

He said a previous Saturday deadline for the announcement of his planned new cabinet, intended to extricate the country from its worst political crisis since the revolution, had been cancelled and no new date set.

Jebali, number two in the ruling Islamist party Ennahda, said on Thursday he would resign if he failed to win enough support for his plan, first announced last week amid public outrage over the killing of leftist leader Chokri Belaid.

“The delay is important, but more important are the interests of Tunisia and finding a solution for the people,” the Islamist premier said, in justifying the latest postponement of his initiative.

Ennahda and its centre-left ally in the ruling coalition, President Moncef Marzouki’s Congress for the Republic, along with two smaller parties, have voiced opposition to the new administration, demanding that it include both politicians and independents.

Jebali is broadly supported by secular opposition parties, trade unions and civil society groups, who see the proposal as the only way out of Tunisia’s unfolding crisis.

Ennahda is planning a huge demonstration in Tunis on Saturday to defend its right to rule as the party voted to power in October 2011 elections, in an effort to discredit Jebali, who has clashed before with the party’s hardliners.