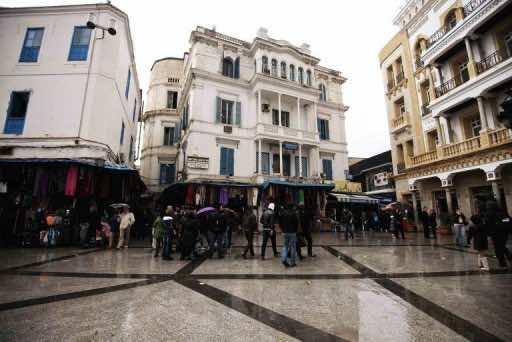 Tunisian Prime Minister Hamadi Jebali announced on Friday that talks on the formation of a new government of technocrats had been rescheduled for Monday, after he met the leaders of the main political parties.

“There has been some progress on all the points raised… That is why we have decided to continue the discussions on Monday,” Jebali told reporters.

He said a previous Saturday deadline for the announcement of his planned new cabinet, intended to extricate the country from its worst political crisis since the revolution, had been cancelled and no new date set.

Jebali, number two in the ruling Islamist party Ennahda, had said earlier this week that he would resign if he failed to win enough support for his plan, first announced amid public outrage over the killing of leftist leader Chokri Belaid.

“The delay is important, but more important are the interests of Tunisia and finding a solution for the people,” the Islamist premier said on Friday, in justifying the latest postponement of his initiative.

Jebali’s latest comments came after he sought to hammer out a new government line-up in talks with the heads of Tunisia’s ruling parties, namely Ennahda’s Rached Ghannouchi, Ettakatol’s Mustapha Ben Jaafar and Mohamed Abbou of President Moncef Marzouki’s Congress for the Republic (CPR).

Also present at the meeting were prominent opposition leader Beji Caid Essebsi, a former premier who heads the popular centre-right party Call of Tunisia, and the Republican Party’s Neji Chebbi.

Since the February 6 assassination of Belaid, who was an outspoken critic of the ruling Islamists, Jebali has sought to achieve consensus for his plan.

He is broadly supported by the secular opposition parties, by the UGTT, Tunisia’s powerful workers union, and by civil society groups, who see the proposal as the only way out of Tunisia’s unfolding crisis.

But Ennahda and its centre-left ally in the ruling coalition, the CPR, along with two smaller parties, have voiced opposition, demanding that the new administration include both politicians and independents.

If those parties vote comprehensively against it, they would have a big enough majority in the assembly to block the planned new administration, even though Jebali has said it does not require parliament’s approval.

Ennahda is planning a huge demonstration in Tunis on Saturday to defend its right to rule as the party voted to power in October 2011 elections, in an effort to discredit Jebali, who has crossed swords before with his party’s hardliners.

The political crisis in Tunisia, which has for months been rocked by social unrest including protests that often degenerate into violence, has sown fear and uncertainty in the first country to undergo regime change caused by Arab Spring protests.

Poverty and unemployment, two key factors that led to the revolution that ousted Zine El Abidine Ben Ali in 2011, continue to grip Tunisia.

Belaid’s killing has enflamed tensions between liberals and Islamists over the direction of the once proudly secular Muslim nation, with opposition protesters engaging in street clashes with police.

As well as the pro-Ennahda rally, Saturday will see two memorial ceremonies for Belaid, one in southern Tunis and another in Jendouba in the northwest, from where his family originates.

Belaid’s wife Besma Khalfaoui, who has become a symbol of Tunisia’s secular opposition and scourge of the ruling Islamists since her husband was gunned down outside their home in a Tunis suburb, is expected to attend the Jendouba ceremony.

Belaid’s family has accused Ennahda of orchestrating his murder, a claim the Islamist party strongly denies.

As well as the row over the new government, there is deadlock over the drafting of the constitution, with parliament divided over the nature of Tunisia’s future political system 15 months after it was elected.

The country has been further destabilised by a spate of attacks blamed on radical Salafists.