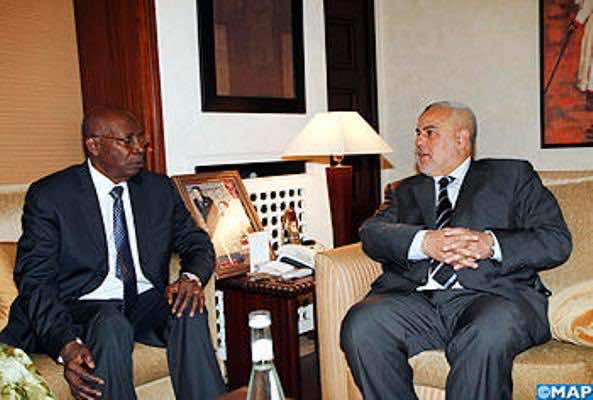 Acting speaker of the National Assembly of Mali Younoussi Touré has commended the support lent by Morocco for a solution to the conflict in his country.

“The Kingdom has always stood by Mali in search of a solution to this crisis both at international institutions such as the UN Security Council and within organizations” such as the Organization of the Islamic Cooperation (OIC), Touré told the press following a meeting, Thursday in Rabat, with speaker of the House of Councillors, Mohamed Cheikh Biadillah.

Touré, who leads a large delegation of the National Assembly of Mali to Morocco, expressed gratitude to Morocco for its efforts towards a way out of the crisis in Mali, as well as for the humanitarian aid sent by the Kingdom for the benefit of the Malian stricken population.

He noted that his discussions with Biadillah focused on means to strengthen cooperation relations between the two legislative institutions, adding that the National Assembly is keen to learn from the Moroccan parliamentary experience.

The Malian official also met speaker of the House of Representatives (lower house). The meeting discussed ways and means of strengthening ties between the national assembly of Mali and the lower house.