Taroudant - Many writings that address the issue of sexual harassment, sadly, try to associate the act to men as if it is only a man’s activity. 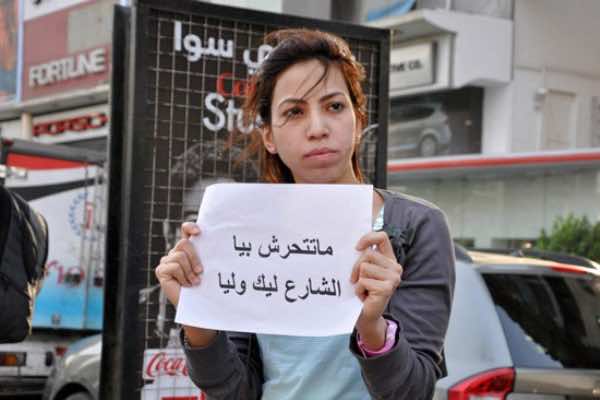 By
Larbi Arbaoui
-
Larbi is a freelance writer and assistant editor at Morocco World News.
Feb 16, 2013
Spread the love

Taroudant – Many writings that address the issue of sexual harassment, sadly, try to associate the act to men as if it is only a man’s activity.

This, erroneously, may lead us to place all the blame on men while, in fact, sexual harassment is a behavior exercised by males and females and targets both of them. According to the legal dictionary, sexual harassment is “unwelcome sexual advances, requests for sexual favors, and other verbal or physical conduct of a sexual nature that tends to create a hostile or offensive work environment.” This definition is clear that sexual harassment is not limited to a specific gender or sex as many people claim. Yet, the act can take many shapes and be manifested through many ways.

I am not going to delve into the question of who is to blame for such disrespectful behavior because, simply, it is a shared responsibility between men and women. Sexual harassment is a social phenomenon that is fed and empowered by our corrupted manners and the lack of respect to one another. The word is more or less associated with a decline in morals of a society and the absence of honesty and mutual respect among the individuals of a certain community. To put it in the right sense, men as well as women help in one way or another to make sexual harassment a “normal” daily practice.

Sexual harassment may take many forms and shapes and may not necessarily target just one gender. It is manifested through the most primitive means like sexual grafitti on the walls of our neighborhoods to the more sophisticated formats like in social media. The harassers may use technology to sexually offend someone such as by sending inappropriate text messages, emails, pictures or videos; as they may write hideous and offensive messages about people on bathroom stalls or in other public places.

Another form of sexual harassment is one that is exercised on all of us. What is worse is that we can’t do anything to stop it. Whether we like it or not, we are subject to visual sexual harassment from the time we step out into public places. Many provocative advertisement posters on the walls of big buildings or on the placards along the main roads are placed in our sights. Some girls may argue that a wink, a whistle or even a flirtatious expression on the part of a stranger is more harassing than a picture of a woman with next to nothing on a big poster. The former may be an honest expression on the part of that stranger while the latter is done seductively to make us passive consumers. For me, it remains the worst manifestation of harassment, which, unlike the former, reach the vast majority.

Even if you are stark blind, you can’t definitely avoid being harassed. The so-called music you can hear on your way to work, from your neighbors’ stereo, or on public transport can be the worse form of harassment one receives in his/her life. Sadly, some Moroccan so-called singers choose their lyrics from the gutter. With no respect to the passengers, some drivers turn on such songs, aiming to entertain their clients while, in fact, they are torturing them. Out of respect to others’ tastes, I can’t give examples of such songs, but anyone who is familiar with all the styles of Moroccan music knows what I mean.

Sexual harassment, in the end, is an undesired sexual behavior, which makes a person feel offended and intimidated. The most atrocious act of harassments are those to which we (men/women, aged/young) are subject to in the comfort of our homes whenever we sit before our TV screens and computer monitors. If we manage to escape the ones at home we may be able to avoid the ones outside.