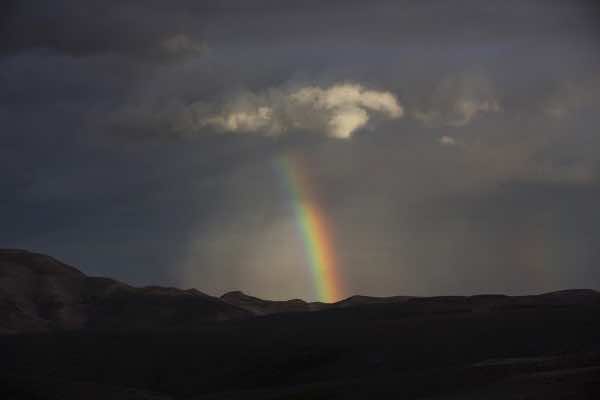 And there she lay in pain, mourning…

Alone on a naked bed, on that cloudy morning

Her womb could not bear the aching beats

There, alone, she was destined to suffer

Yet, she thought: “the perfect hostess would not surrender”

With struggle, she laid her back on the pillow

Her mind began to wander as she looked through the window

“You’re not alone my dear,” some voice said

In fear she mumbled: “what are you?” as she moved her head

There she glimpsed some joyful face from above

Looking as weary as she herself was

The voice came from the craving sky:

“Bear it woman!”- cried the sky

“Bear it invincible mother till the last drop of your sweat,

Colorful life should become with the arrival of your little guest”

The voice fainted, and there came the sound of the thunder

When, she could feel her water pouring from under

Yet, that made her worry no more,

For she knew her guest would soon knock on the door

Outside, she could hear the rain pouring

“It’s time!” she said to herself, whimpering…

There was the guest she’d longed to see

“Long nine months are worth waiting,” thought she

For one last time, she looked through the window

The rain had stopped and there came the rainbow

Then, she realized what the voice had meant:

She could see the colors, and feel the warmth of her little guest.