Smara, Morocco- For the last two decades, I have spent a lot of time meeting people who raise the flag, supposedly defending the citizens, their rights and their interests. I have always got the opportunity to discover the bitter truth which opposes what they pretend to say and to be. 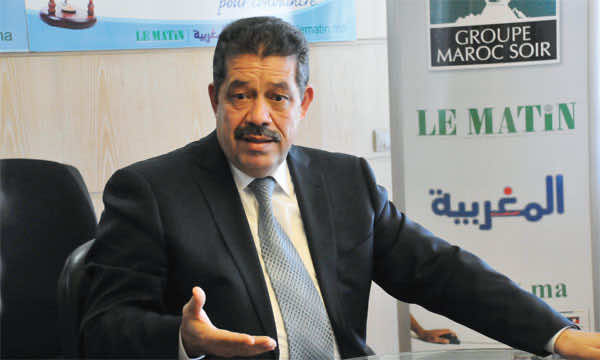 By
rachid khouya
-
Rachid Khouya is a teacher of English in Es Smara city, south of Morocco.
Feb 16, 2013
Spread the love

Smara, Morocco- For the last two decades, I have spent a lot of time meeting people who raise the flag, supposedly defending the citizens, their rights and their interests. I have always got the opportunity to discover the bitter truth which opposes what they pretend to say and to be.

It is good to listen to them and to their well written speeches that are full of emotions, feelings and tricks. But when it comes to what they do and say in their private lives, it’s shocking. They are simply, the first to betray the missions they pretend to defend.

Firstly, let’s start with the members of the parliament who usually think that they are there to defend people’s rights and the citizens they represent. Historically speaking, those called MPs should be sentenced for failing in their national missions, while being defenders of their own interests. They used to buying people’s votes and nobody can deny this truth about Moroccan elections.

Most of them live in conditions that cannot be compared to those of regular citizens. Most of them close the doors of their homes and their political parties ‘ shops’ once they are elected to join Rabat’s five star hotels and bars.

Secondly, the political parties, both the right and the left, are, in their essence, all one sect and one gangster. There is no difference between a politician who shaves his beard every day and the one who never visits a hairdresser.

All of them are real hairdressers specialized in “shaving the people’s beard,” as Moroccans say, “without water.” The comrades of the left have cheated the people and sold all public institutions and encouraged privatization. And the brothers and sisters of ‘the Islamists’ are nowadays working hard to cut the beards of the poor without wetting it.

Instead of touching the interests of the bourgoisie, they are working to raise the prices of all goods. They have exploited the emotional side of the poor electors by talking about the importance of Islamization of Moroccan society, fighting sexual tourism, wine and the people who used to benefit from the national wealth.

But once they obtained the votes of the people, they befriended the enemies of yesterday and started asking the poor to pay for the mistakes and the thieves of the ‘corrupted leaders  ‘ of yesterday.

Is it our destiny to spend our lives between the hammer and the anvil. To get the same kicks on the same head and to be shaved by the same razor being put in different hands. When shall our heads and minds understand that those whom we elected to defend us are defending but themselves and their own interests?

Personally, it saddens me to sickness to see the destiny of my nation going backwards year after year and to see youth losing hope and belief in their leaders’ ability to solve their problems while the political parties and the governments are singing a fake song of victory, development, progress and change.

I am afraid the “bull” of the youth that is moving backwards will pull all its strength and will attack the bullfighter if the later doesn’t become more accountable and honest.