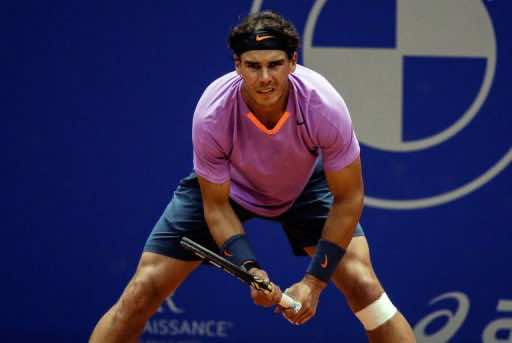 The Spanish former world number one, who has been complaining of nagging knee pain, beat Argentine David Nalbandian in straight sets 6-2, 6-3.

Nadal was the top seed in this $455,775 tournament, his second comeback event after a seven-month absence.

He competed in the Vina del Mar Open in Chile earlier this month, losing the singles and doubles finals last Sunday.

Considered by many to be the best ever clay-court player, Nadal was back on the court in Chile for the first time since a surprise second-round exit at Wimbledon in June.

Since then he has been sidelined by a torn tendon and inflammation in his left knee, with his return this year further delayed by a stomach virus.

The world number five, who has 11 Grand Slam titles under his belt, also won the Brazil Open in 2005, when it was held in Costa do Sauipe in eastern Bahia state.

Last year, the tournament was moved to Sao Paulo