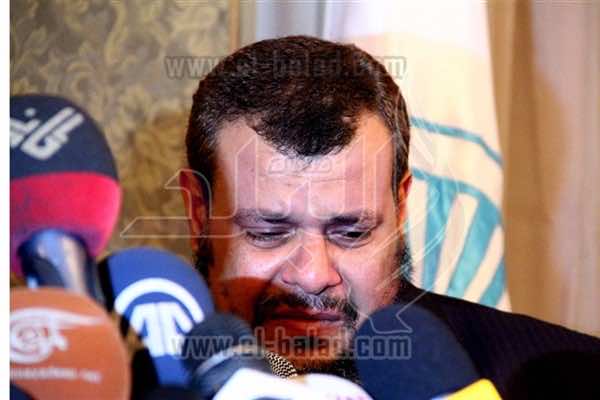 Khaled Alam Eddine, Morsi’s environmental affairs adviser and a member of the Salafi Nour Party, demands formal apology from President Mohamed Morsi, and stressed that he will not accept less than that.

During a press conference held for the reasons for his dismissal, the presidential adviser said while his eyes flooded with tears, that his dismissal was for political reasons.

Alam Eddine said that he was happy to leave his job because he is not a puppet or a decorative piece that has no opinion.

Earlier on Sunday, presidential sources told the pan-Arab al- Jazeera TV that Morsi sacked his adviser for environmental affairs who reportedly attempted to exploit his position for personal gains.

For his part, Alam-Eddin said he was not officially informed of the dismissal, adding that he contacted the presidency but got no reply, according to the pan-Arab al- Jazeera TV.

Alam Eddin is one of 17 presidential advisers originally appointed to their posts after Morsi’s election.