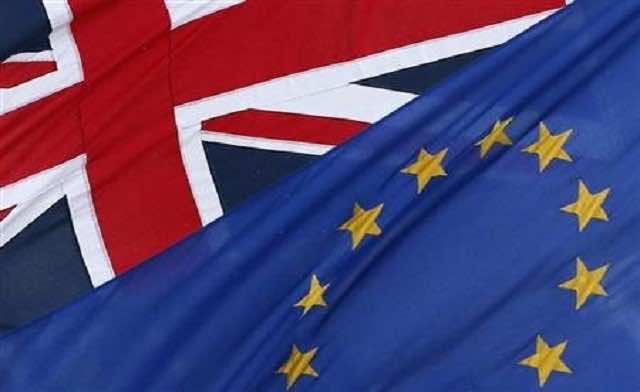 Britain, backed by a bare handful of European Union allies, is fighting to lift an EU arms embargo barring the supply of weapons to the Syrian rebel coalition battling President Bashar al-Assad.

Arriving for EU foreign ministers’ talks Monday, British Foreign Secretary William Hague called for changes to the existing arms ban “so that we can provide a broader range of support to the (Syrian) National Coalition.”

“We give them strong political and diplomatic support. We also give them assistance in terms of equipment at the moment to help them try to save people’s lives,” he added. “I think there is a broader range of equipment that we could give to them.”

But Britain has found little support and ministers began Monday’s talks divided with time running out for a decision.

“I don’t see any need to amend the embargo, I don’t think it would make sense to send more weapons to Syria,” said Austria’s Michael Spindelegger, echoing counterparts from Cyprus, Sweden and Spain.

The EU’s wide-ranging sanctions against Syria, including the arms ban but also targeting scores of Assad cronies and regime-friendly firms, as well as oil, trade and finance, expire at the end of the month and a deal to renew the package requires unanimity.

Britain and France had seen the March 1 deadline as an opportunity to respond to requests for weaponry by the opposition.

But France appears to have cooled, leaving Britain facing opposition even from EU foreign affairs chief Catherine Ashton, a British baroness who represents London on the European Commission.

“Delivering arms might bring about a new military balance on the ground,” said an internal paper on the matter drafted for the member states by Ashton’s service.

“But it could also fuel further militarisation of the conflict, increase risks of dissemination among extremist groups and of arms proliferation in a post-Assad Syria,” said the paper, which was obtained by AFP.

“Broadly speaking any EU decision allowing arms transfer to the opposition should take into account obligations under international law as well as EU Treaty and principles,” the paper added.

Among options on the table are restricting the embargo to the Syrian government, exempting members of the opposition Syrian National Coalition from the arms ban, or amending the embargo to allow some weapons to be delivered with a view to increasing the protection of civilian populations.

Luxembourg’s minister Jean Asselborn, a strong voice on the European diplomatic scene, issued a stern warning of the risk of aggravating the situation.

“There is no lack of weapons in Syria, rather the contrary. There are a lot of things lacking in Syria, but not arms,” he said. “More arms will mean more deaths.”

Sweden’s Carl Bildt likewise underlined the ill timing of any such move, saying the EU instead should “concentrate the maximum support” on current efforts to push a political settlement?”

U.N. peace envoy Lakhdar Brahimi was supposed to attend Monday’s talks but had to pull out as efforts mount to make good an offer from opposition leader Ahmed Moaz al-Khatib to negotiate with some regime figures.

Just over a week ago, French President Francois Hollande ruled out lifting the arms embargo for the time being, saying this could only happen “if we’re sure there are no further possibilities of political dialogue”.

And in Mali, France is facing a reality check “with its troops fighting rebels armed with western weapons from Libya,” said an EU official.